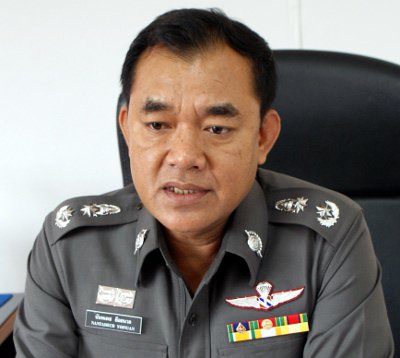 PHUKET: Krabi Provincial Police have confirmed that they will not post any further video response to the “Evil man from Krabi” YouTube music video, which accused them of dereliction of duty in the case of the rape of a Dutch tourist. The original video response posted by the police was in Thai only and has subsequently been taken down.

“I have discussed the matter with Krabi Governor Prasit Osathanon and other officials and we agree that it would be counter-productive to post any ‘The Truth From Krabi’ video on YouTube,” Krabi Provincial Police Commander Nantadech Yoinuan told the Phuket Gazette this morning.

The video “The Truth From Krabi” (originally posted here) was put on YouTube as Krabi Police’s response to the accusations by the father of the tourist reportedly raped while on holiday at Ao Nang, across Phang Nga Bay from Phuket.

The video explained why the accused was released on bail and what progress had been made in the case so far.

Krabi Police, after meeting with provincial officials including Governor Prasit, also considered posting an English-language version of the video.

However, they have now changed their minds.

Gen Nantadech told the Gazette this morning that the “Evil man from Krabi” video had not stopped tourists from visiting Krabi, despite a leading local tourism figure saying the video had already cost the local industry income through room booking cancellations.

“Given the current situation, we don’t believe that posting a response will have any positive effect,” he added.

Gen Nantadech explained that Thailand’s laws are different from those of other countries. “In the country where the video [Evil man from Krabi] was made, perhaps rape suspects find it more difficult to get bail.

“In Thailand, once police have collected all evidence, questioned witnesses and the suspect has surrendered himself, the police hand him over to the public prosecutor and provincial courts.

“Whether or not he will be released on bail is firmly under the court’s jurisdiction. He has the right to apply for bail,” he said.

“In the ‘Evil man’ video, it says that the police ‘easily’ released the suspect. Absolutely not. It was the judge who granted bail. The police were not involved with that final decision,” Gen Nantadech said.

“Anyone who watches the video should use their own judgment before believing whatever they are told,” he added.