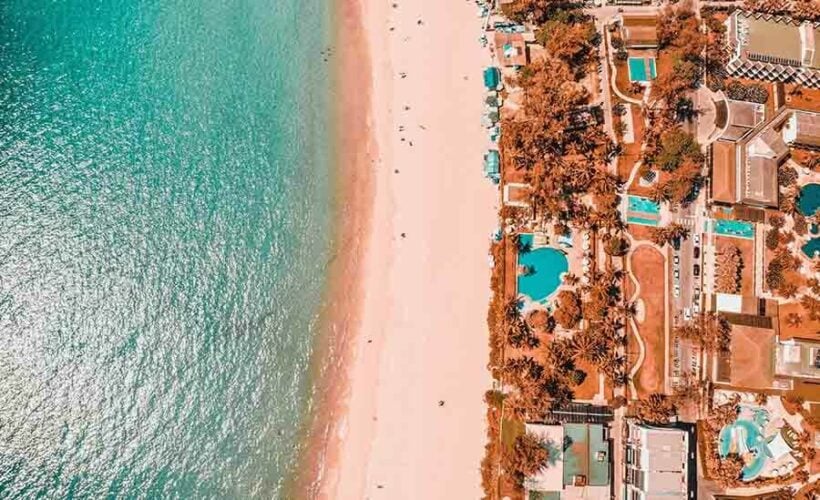 The president of the Phuket Tourist Association says clarity is needed around a number of issues if the island’s July 1 re-opening is to proceed smoothly. According to a report in the Bangkok Post, Bhummikitti Ruktaengam says confusion over tracking apps and vaccine certificates are just 2 of the issues that need to be sorted out.

The sandbox scheme was approved by Cabinet earlier this week and is now expected to be published in the Royal Gazette by Saturday. But with less than a week to go, confusion still reigns over a number of issues. One of those is vaccine certificates. Bhummikitti says European countries are using digital certificates, while places like South Korea and Singapore use blockchain technology to manage vaccination records. In New York, vaccinated people are issued with e-certificates. The PTA president says it’s essential to have a system that can authenticate all types of certificates.

“Any mistake in this process will leave a big loophole as Phuket is the first destination to re-open. We have to find a way to effectively authenticate certificates originating from a different system,” according to Bangkok Post.

Bhummikitti is also calling for clarity around tracking apps, with the current requirement being for tourists to install both Mor Chana and Thailand Plus.

“We are still confused over tracking apps. Too many apps are not good for tourists who want to holiday here. We need to correct this urgently before re-opening.”

There is uncertainty over demand too, with many countries still imposing mandatory quarantine on citizens returning from Thailand. South Korea is the exception, but Jiranee Poonnayom from the Seoul office of the Tourism Authority of Thailand says South Koreans are unlikely to travel to Thailand before the last quarter of the year. She says tour operators in South Korea have expressed concern about the number of expensive Covid-19 tests required under the sandbox scheme.

The PTA has confirmed that there will be 7 testing centres across the island, where people can be tested at a cost of 2,800 baht. They will need to sign a form giving their approval for the results to be sent to the command centre established to track and trace sandbox participants.

According to the Bangkok Post report, if someone tests positive, a specially trained hotel manager will be responsible for transferring the tourist to hospital. Tourists who test positive after landing at the airport will have their hotel booking fully refunded and will be taken to alternative local quarantine.

Rogerdat
14 hours ago, Thaiger said:   I know there is a lot of negativity with the sandbox model. Just remember this before you criticize it, of all SEA countries Thailand is the only one taking some steps towards reopening, there…

King Cotton
8 hours ago, Rogerdat said: I know there is a lot of negativity with the sandbox model. Just remember this before you criticize it, of all SEA countries Thailand is the only one taking some steps towards reopening, there is…
harry1
yet claiming digital Thailand 4.0 is the way forward ? the comedy show continues
Farrago
Roger dat if you are going to open up you might as well do it the proper way, rules like having to stay on the island for 14 days are totally unnecessary and unnecessarily screw up the whole project.