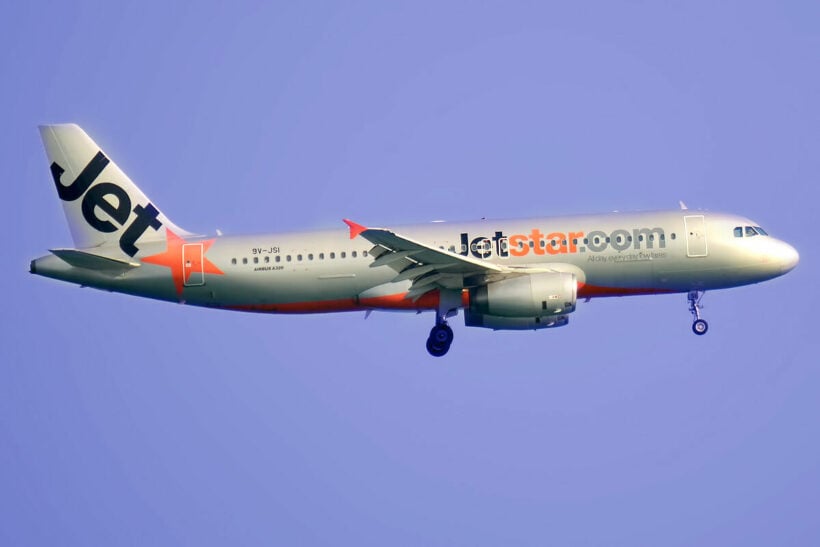 PHOTO: Jetstar Asia launches a weekly flight between Singapore and Phuket. (via Wikimedia)

The inaugural Jetstar flight was greeted with fanfare by various airport staff including the Deputy Director of Phuket Airport Operations and Maintenance.

The flight is scheduled weekly to depart from Changi Airport in Singapore at 7:44 pm every Friday. With the one hour time difference, the flight should arrive at gate 11 at Phuket International Airport at 8:24 pm on Friday evenings. The first Jetstar flight actually left the gate in Singapore on time but the take-off was delayed by 9 minutes. Despite the setback though, it landed at 8:28 pm, just a few minutes behind schedule.

The return flight from Phuket to Singapore is scheduled for a quick turnaround, departing just 1 hour after arrival at 9:30 pm and with the one-hour time difference, the flight lands in Singapore at 12:03 am.

The debut Jetstar flight joined 2 Thai Airways flights, 2 Singapore Airlines flights, a flight from Emirates, one from Qatar Airways, and 2 private jets to be one of 9 flights total to arrive into Phuket yesterday. While exact passenger numbers for each flight were not released, The Airports of Thailand in Phuket confirmed that 588 total passengers arrived in Phuket by air on Friday.

AlexPTY
strange move for Singaporeans, especially when Phuket hospitals are nearing full capacity as new infections surge. i though Singapore was always very strict with COVID regulations, at least in their own country

BraveNewFahrenheit
How many people were on this flight? 15 maybe?

Only 20% of hospital beds unoccupied in Phuket