An estimated 100 Burmese and Thai workers went to Phuket Provincial Hall yesterday to report their employer for not paying them for 3 months, and to try and get some clarity if they still have jobs. They filed their complaint with the ombudsman’s office and the Labour Protection Social Security Office.

27 year old Burmese national Min Thu Khu explained to reporters that the workers’ predicament began in May, when many filed for the income support they are entitled to under the Social Security Act.

Section 33 of the act entitles employees to compensation during periods of work cessation at a rate of 62% of their daily wage. The entitlement is limited to a maximum of 90 days, which long since expired. Acccording to Min, many workers didn’t receive their government payments.

“Until now, we still have not received any help.”

He alleges that Tiger Group (nothing to do with The Thaiger), the workers’ employer, which in normal times operates key nightlife and entertainment venues in the island’s Patong district, have repeatedly delayed talks.

“We had another appointment to talk with them today, but they postponed it again until August 13. We want our employer to pay us employees our outstanding salaries. The employer has never come to ask us about this at all.”

A legal representative from the Department of Labour Protection and Welfare’s Phuket office soon arrived to speak with the group, according to The Phuket News.

“For this case, we need to talk with legal counsel and relevant officials first. The payments from the Social Security Office are still available, but as some of these workers have still not received their payments, we will have officials check what has happened with their claims, check the facts and speed up the process.”

“Business operators must find ways to reduce costs, but if an employer finds it necessary to terminate employment, they must pay compensation as required by law.”

“The current situation is still a concern for the coming months. Some places will remain shut down, others will close permanently. If the situation does not improve, business operators may have to lay off more employees.” 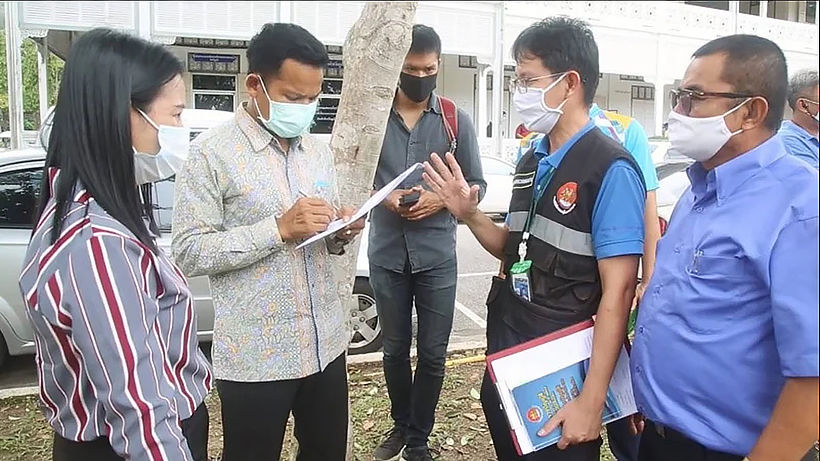