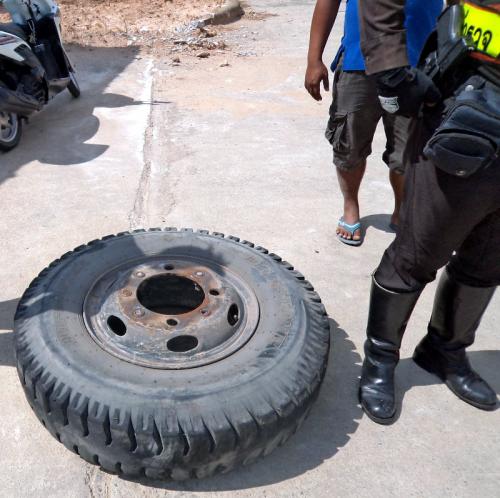 PHUKET TOWN: A trio of thirsty drinkers, finding that the nightclubs, bars and restaurants of Phuket Town all seemed to have stopped selling beer after 2 am, decided that self-service was the only solution. So they broke into the Tungka Café at the top of Rang Hill and helped themselves to several crates of amber fluid. What they hadn’t bargained on was the presence in the café of a night-watchman, who chased them off and then alerted the owner who called the police. Shortly afterwards, motorcycle officer Sgt Boonpop Tinnabut spotted a lone male jogging along nearby Soi Suksan and stopped him for questioning. The man, Prasert Kwangpaen, 21, swiftly admitted to having taken part in the beer raid. He named his two co-conspirators, who are being sought by police.

Restaurants warned: no alcohol after 2 am