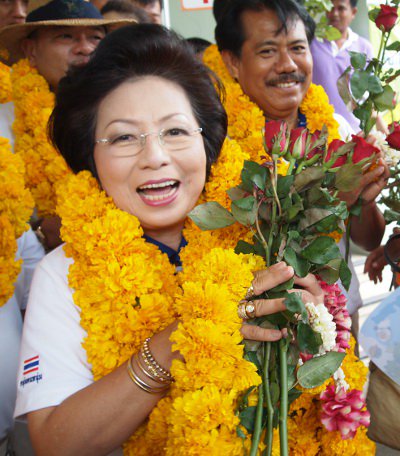 PHUKET: The preliminary vote count inyesterday’s Phuket City Municipality elections show that SomjaiSuwansupana has been re-elected as Phuket City Mayor, with 11,477votes from the 15,786 voters who showed up at the polls.

Ms Somjai, the only candidate in theelection for Phuket City Mayor, received 34.75 per cent of the totalnumber of votes available in the electorate, which is more than theminimum 10 per cent required for a sole candidate to win.

The preliminary results are as follows: