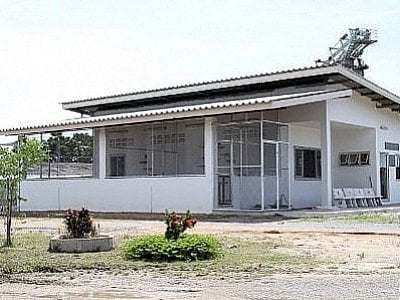 The new “Cat Hospital“, which cost more than a million baht to build and equip, opened quietly last week and already has 10 cats in its care.

“Previously, cats have had to be kept in small cages, often surrounded by dogs. The new facility will help to reduce stress and promote rapid healing for injured cats. From what we’ve witnessed so far, the cats are thoroughly enjoying their new surroundings,” said John Dally of the Soi Dog Foundation.

“The hospital will provide much-needed facilities for the many cats that come to Soi Dog for sterilizing and treatment. The hospital boasts its own operating theater, three separate cat ‘suites’ and two separate outside runs, with the first occupants already enjoying what is probably the best cat facility in Thailand,” Mr Dalley said.

Ten 10 felines currently at the hospital are receiving treatment for a variety of ailments, ranging from bites and injuries sustained from traffic accidents to Feline AIDS virus and Feline leukemia.

“Both of these infectious diseases, [feline AIDS and leukemia] sadly, are very common in Phuket,” Mr Dalley said.

Construction of the facility was made possible through donations of the many Soi Dog supporters and a generous donation from the registered UK animal welfare charity, the Jeanne Marchig Trust, which donated US$25,000.

“In addition, the wonderful 5th graders of the American School of the Hague in the Netherlands had a successful fund-raising effort to help towards the fitting out of the hospital, which includes operating tables and large individual fitted cages as well as toys and climbing frames for convalescing cats,” said Cindy Amey, Soi Dog’s volunteer Adoptions Coordinator.

The official opening is planned for January 2012 when Jeanne Marchig is hoped to visit the site in person.

The Soi Dog Foundation has treated 1,476 cats from January 1 through August 31 this year alone.

“Most of the cats are brought to us for de-sexing, although treatment for sickness or injuries is required at times.

“Just recently two kittens brought to us had suffered cuts because they were sleeping on a fan that was switched on by a man. Fortunately for cats, opposed to the ill treatment given to dogs, this is a rare occurrence,” Mr Dalley explained.

Upon completion of treatment, cats are normally returned to where they have come from, but kittens are handed over to the Thalang Veterinary clinic for re-homing.

“Generally, Soi Dog does have felines available for adoption. We have a one-eyed kitten rescued on Phi Phi going to France next month,” said Mr Dalley.

For more information about the Soi Dog Foundation and its cat hospital, call Cindy Amey on 081-788 4222.

Phuket’s Koh Kaew Market to rise from the ashes