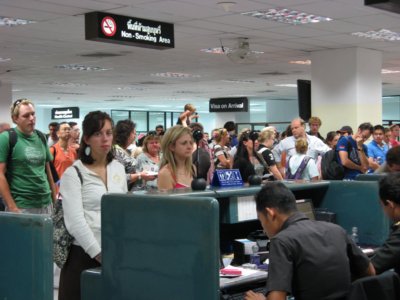 PHUKET: For the last few weeks, a steady rise in the island’s hotel reservations indicate a strong start for the 2010 tourism season.

According to the Phuket Tourist Association, which since 1980 began monitoring information and trends for the island tourism industry, hotel bookings have increased considerably compared with the same period last year.

According to Phuket Tourist Association president Somboon Jirayut, between the last week of December 2009 and the beginning of January, vacation rentals and hotel room reservations increased, with up to 90 percent of those reservations being last-minute bookings.

Mr Somboon added that additional flights to Phuket from Australia, Hong Kong, Vietnam, Malaysia and Singapore were a significant factor in the increase of tourists.

“Over the last year tourists’ behaviors have changed. In the past, most tourists made their vacation reservations at least one-year in advance. These days, however, most visitors book their rooms closer to their projected travel dates or even at the last minute,” he concluded.

Soccer for seniors in Phuket

Phuket kids have their day