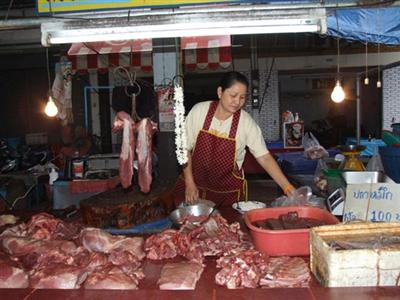 PHUKET CITY: Despite no cases of “swine flu” being recorded in Thailand, public health officials are taking measures to prevent the spread of the virus into the country through Phuket Airport and other air gateways.

Pongsawad Ratanasang, director of the Public Health Office, told the media he is not overly concerned by the danger posed to the island by this latest disease.

The island had previously been successful in containing the threat of infectious diseases such as SARS and avian flu, both of which are far more deadly than swine flu, he said.

It should not be beyond the capability of Phuket to control this disease, he added.

There are also about 1,000 doses of Tamiflu on the island, which is effective at treating the disease, Mr Pongsawad said.

The Public Health Ministry has put in place additional measures against the virus after the World Health Organization raised its alert level from four to five.

Phuket and Samui are among five Thai airports that have installed high-tech thermo-scanners to screen foreign passengers for swine flu.

The devices register an audible sound upon detecting anyone passing the scanner gates with a body temperature above 37 degrees Celsius – normal for healthy humans.

Each unit comprises an infrared thermal camera, a processor and a monitor to show the results of readings.

Travelers found with flu-like symptoms that could indicate H1N1 infection will be asked to undergo quarantine and treatment at state-run hospitals, Phaijit Warachit, deputy permanent secretary of the Public Health Ministry said.

Before being allowed into the Kingdom, all visitors will also be required to fill in a card asking if they had visited any of the affected countries and if they had fever, vomiting, sore throat, abdominal pain or diarrhea.

The Public Health Ministry has also asked tour operators to list names, addresses and telephone numbers of people who entered Thailand on or after April 16, especially those who came from Mexico, Canada or three states in the US, namely California, Texas and New York.

In related developments, five Thai workers who returned from Mexico on Wednesday night will be monitored by health officials for 14 days, although they show no sign of flu, Public Health Minister Witthaya Kaewparadai said yesterday.

Also, Thailand will host a meeting of Asean health ministers from May 7 to 8 to strengthen co-operation among member states in fighting the disease, which the Health Ministry has now asked the press to call “Mexican human flu”, and not swine flu, so that pork vendors in the country will not be adversely affected.

Meanwhile, the Bamrasnaradura Infectious Disease Institute in Bangkok is preparing to dedicate itself to swine flu patients should there be an outbreak in Thailand.