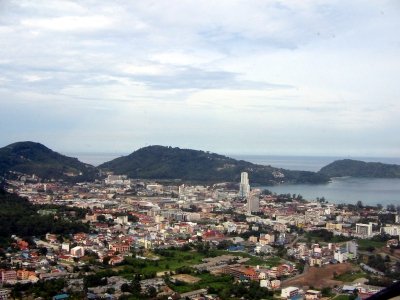 PHUKET: Fewer than 20% of Phuket Gazette readers think setting minimum standard room prices at small hotels and guesthouse in Patong is the answer to the current price-cutting war going on there.

In the last Phuket Gazette readers’ poll, participants were asked: Do you think setting minimum standard room prices is the answer to price-cutting wars among small hotel and guesthouse operators in Patong?

Among the four possible replies, the most popular overall was “No”, at 51.4%.

The second most popular, at 27.4%, was “The question is irrelevant, as it could never be adopted.”

Only 16.5% of those taking part overall said “Yes” to indicate that price-setting was the solution.

A small fraction of those taking part (4.7%) answered “Don’t know”.

In a breakdown by demographic, those who identified themselves as Thai nationals were far more likely to think setting a minimum price was the solution. Thirty percent of Thais answered “Yes” compared with 38% who answered “No”.

Only 8% of local foreign residents thought minimum room prices were the answer, while 24% of tourists felt that way.

A large percentage of local foreign residents thought the question was irrelevant (38%) because such a scheme could never be adopted.