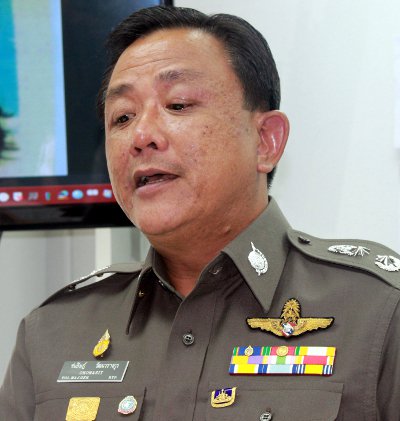 PHUKET: Phuket Police are investigating reports that an Australian woman on holiday in Phuket was raped in an attack by three men in Patong early yesterday morning.

The woman, aged in her early 20s, showed no prominent signs of physical trauma, he said.

She was interviewed this afternoon by a female police officer with a female translator present in a private room. The woman will likely be asked to be interviewed again tomorrow.

The woman, accompanied by her partner, also aged in his early 20s, reported the incident at Patong Police Station at about 4am yesterday.

In the report, the woman said the attack occurred at about 2am while she was travelling back to her hotel in a tuk-tuk she hired on the beach road at the end of Soi Bangla.

A reliable source told the Phuket Gazette that after escorting the couple back to their hotel, officers saw their room in disarray, with broken items scattered around it.

The woman’s partner reportedly had been drinking alcohol that night.

“It’s not that we don’t believe her, but officers need to gather evidence before I can confirm any [more] details about the case,” Gen Chonasit said this afternoon.

The news today echoes a similar report in 2006 when a tuk-tuk driver was accused of raping an Australian woman at a secluded spot while driving her back to her hotel room in the early hours of the morning.