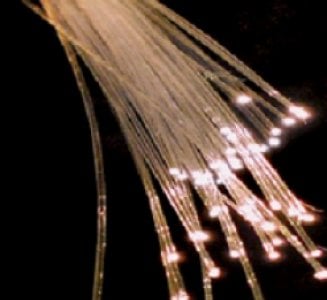 PHUKET: Two weeks ago Live Wire covered the current state of the Internet in Phuket. At the time, evaluating TOT Fiber 2U and AIS GHSPA services was not touched upon because there was not enough data on the Phuket Internet Speed Reporting site.

The numbers are pouring in now thanks to those of you who take a minute to report your Internet speeds, which helps when discussing the new services. Here’s the scoop.

Remember that a typical ADSL line in Phuket runs around 1 to 2 Mbps with international downloads, which is enough to handle Skype with video or play standard YouTube clips, but nowhere near fast enough to reliably play regular TV shows (say, 3 to 4 Mbps), much less high definition TV (6 to 8 Mbps).

TOT Fiber 2U, once billed as “Up to 100 Mbps” isn’t anywhere close to that speed, of course, but we’re seeing consistent reports of 8 to 9 Mbps international download speed, or more. That’s excellent, by far the fastest regularly available internet connection Phuket has ever seen.

The service has been available for more than a year, and it looks like TOT finally has most, but not all, of the wrinkles ironed out. There have been reports of speeds falling way down, but only occasionally; rare outages that don’t last very long; and a weird “stuttering” where some sites take 15 to 60 seconds to load for no discernible reason. On the technical side, we’re having trouble measuring speeds with the Fiber 2U service because the reporting site we use tends to fall over when confronted with speeds above 9 Mbps!

True’s Ultra service, which uses DOCSIS Cable TV technology, has stabilized in the past few weeks. We were seeing speeds of 10 Mbps or more with the service, but it’s now down to 1.3 to 1.9 Mbps. There’s no explanation why it’s dropped. The one tester we had running True’s 50 Mbps service finally gave up because it wouldn’t work. The numbers indicate that True Ultra 20 Mbps is slightly faster than True Ultra 10 Mbps.

AIS’s HSPA “3G” service came in with a bang, and it’s still running strong, with speeds commonly between 1.2 and 2.6 Mbps, and occasional bursts up to 6 Mbps. Yes, you read that right: the 800 baht per month wireless connection is running as fast as most wired ADSL connections, and on the beach in Patong it’s consistently running faster.

At the same time, True’s HSPA 3G service has taken a nosedive, with international download speeds rarely logged above 0.4 Mbps. It appears as if True is still limited to the extreme west coast of the island, plus one tower in Samkong. AIS works on most of Phuket.

Those are the new kids on the block, and they’re impressive. There’s yet another new service coming soon: TOT’s “WiFi” that isn’t really WiFi. I have no idea what technology they’re using, but two people I know have signed up, and they should be posting their speeds in the next week or two. I’ll get you full details if and when TOT actually gets the service working.

Next week, with Khun Roger’s help, I’ll be publishing a new “Bang for the Baht” chart, which compares real Internet speeds with prices. Expect some eye-openers.

If you aren’t yet reporting your speeds on PhuketInternetSpeed.com, please drop by and sign up! It’s free, only takes a few seconds, and the results help everybody figure out what’s working and what’s not worth the effort. Remember that all of the data – more than 21,000 reported sightings at this point – is immediately available to anybody who wants to download, look at or fiddle with the results. Also remember that the Internet Service Providers are watching the reports. We need your help.