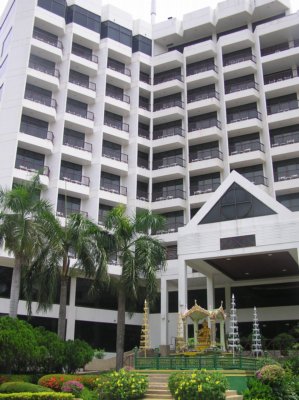 PHUKET: Central Hotels & Resorts and an unnamed investor have created a joint venture company named Karon Phuket Hotel Co and have bought the 316-room Islandia Park Resort in Karon. It will become the third Central property in the Karon area.

The amount paid was not revealed by the partners, but hotel industry publications said that they paid a total of 1.05 billion baht for the property and that a further 210 million baht would be spent on upgrading the hotel to four-star status.

An industry source told the Gazette on condition of anonymity that the “investor” is believed to be global investment bank Lehman Brothers.

Supratra Chirathivat, Senior Vice President for Development of Central Hotels & Resorts, said that the revamped resort will also have 19 villa units developed into four accommodation zones, each serving a specific type of guest.

Currently, Central owns and manages 12 hotels and resorts. In Phuket it has the Central Karon Village and Central Waterfront Suites, both in Karon.