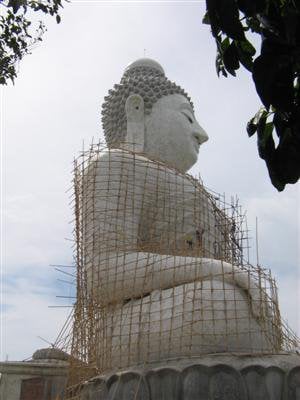 PHUKET: Thai authorities issued a public health warning earlier this week after nationwide temperatures soared to their highest in 20 years.

With temperatures across the country hitting 40 degrees Celsius, the Public Health Ministry advised people to stay indoors to avoid getting heat stroke.

Youngsters, the elderly and people with chronic diseases could develop severe symptoms such as high body temperature, palpitations, asthma, confusion and heat exhaustion.

Mr Jurin has advised people to drink at least six to eight glasses of water every day and avoid strong sunlight.

According to the Meteorological Department, temperatures might hit between 35 and 41 degrees all this week nationwide.

Temperatures in the North are expected to hit 38-41 degrees Celsius, followed by the Central region going as high as 40 degrees Celsius. The East and South appear to be slightly cooler, with 37 degrees Celsius being the highest.

According to Smith Dharmasaroja, chairman of the National Disaster Warning Center, 15 people have already died from heat stroke this year, the highest ever in Thailand.

The extremely hot temperatures and freak thunderstorms were the result of the El Nino phenomenon, he added.

In Phuket, the Meteorological Department’s Southern Meteorological Center (West Coast) forecast for the 24-hour period starting at 5pm today calls for partly cloudy skies, widely scattered thundershowers over 20% of the area, and a high temperature of 36 degrees Celsius tomorrow.