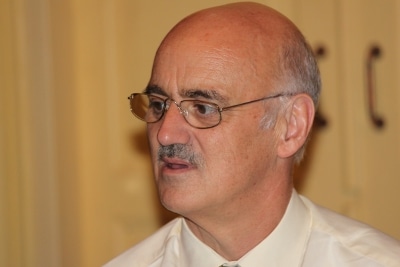 PHUKET: Australian Ambassador to Thailand James Wise today called for police to launch an island-wide crackdown on weapons, including those carried by tuk-tuk drivers.

Speaking after a high-level meeting at Phuket Provincial Hall, Amb Wise said the recent fatal stabbing of Australian tourist Michelle Smith had put a spotlight on public safety in Phuket.

“There has been massive media coverage in Australia of this and it will have an effect on some people who would otherwise have come to Phuket – that is only human nature,” he said.

Amb Wise said the Australian authorities were very pleased that the Thai police were able to find the suspects. “They have been charged and they will now face the courts of Thailand, as they should, but that of course is really not much comfort at all for the family of Mrs Smith,” he said.

“I would hope that – given the nature of the crime – the police will move very quickly to confiscate knives and guns and other weapons which people are carrying in Phuket. I understand tuk-tuk drivers quite often have weapons. They shouldn’t have weapons. They don’t need weapons to drive a tuk-tuk,” he said.

Amb Wise suggested that one way authorities could encourage tuk-tuk drivers to stop carrying weapons was to not only to confiscate the weapons found, but also impound the tuk-tuks.

He pointed out that ever since his installment as Ambassador to Thailand in 2010, the authorities in Phuket have been calling for stronger support from the central government in Bangkok.

He explained that he and other ambassadors met with senior officials in Bangkok several months ago to discuss such issues, and that another meeting was scheduled for July 11.

Amb Wise pointed out that most Australians who visit Phuket have a trouble-free visit here.

“Overwhelmingly, the Australians who come here have a wonderful holiday and many of them come back. Phuket remains a very attractive destination for Australians, but the case of Mrs Smith last week – the very, very tragic murder of Mrs Smith – does put a spotlight on the security situation here in Phuket.

“I think it provides an opportunity for us in the diplomatic community, for local authorities here and for local people here to say, ‘Look, enough is enough. We need to fix some of these problems that we have been talking about for years – but let’s take this opportunity to deal with these issues, to fix these issues, not just talk about them,” he said.