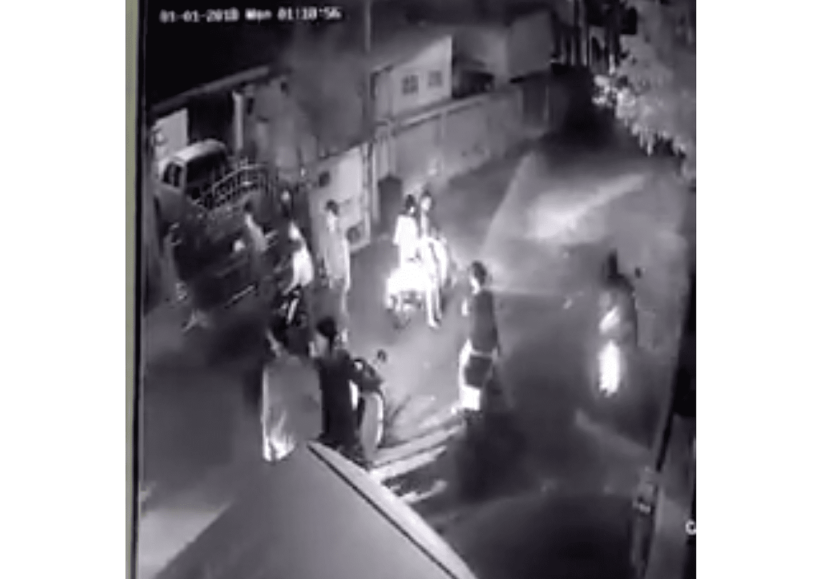 A group of motorcycle ‘gangsters’ who attacked local innocent residents in Yoo Sabai Village during the New Year night will be issued with arrest warrants soon.

After a post by Facebook user Techa Tubthong, releasing a 3 minute footage of a group of motorcyclists attacking their opponents and harming the villagers who tried to stop the fight, one of the victims, Romy Navio, ended up in hospital with bruises and cuts. Police say they’re going to issue arrest warrants in a few days.

After checking the CCTV footage and speaking to witnesses, police already know who they are, mainly youths and juveniles.

“It happened at about 1 am after the countdown to New Year. Our family were cleaning up after celebrating in front of the house. We heard a group of motorcycles riding inside the alley of the village. We got out to see as we were worried that our children might have been in danger and our van that was parked in front of the house might have been damaged,” said the wife.

“The group had knifes and guns and they were chasing 3 juveniles who jumped off their friends motorcycles after the drivers had already fled. My husband and my son tried to stop them from hurting each other and went to help the 3 juveniles who were injured. Suddenly, the group went straight to attack him instead. One of them pointed a gun to him, then my son. My sister-in-law went to stop them. The gun was pointed to my son instead. There was a voice shouting out ‘police’ so they fled.”

She says the family sent her husband and the 3 injured teens to the hospital. Her husband was severely injured. His cheek bones and nose bones are broken and the doctor is checking whether he can get an operation today or not. 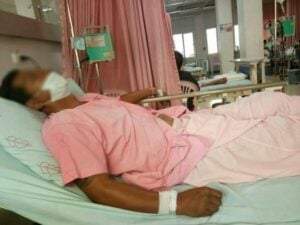 “We called the police already when we saw the 3 men hurt but it took too long so we had to stop the fight ourselves. We would like the police the rush the case because our family is living in fear. We are scared that they will return to hurt us again.”

Meanwhile, Wichit Police Station Superintendent, Pol Col Nikorn Somsuk insisted that the police will issue arrest warrants within a few days as the police already know some of the gang members.