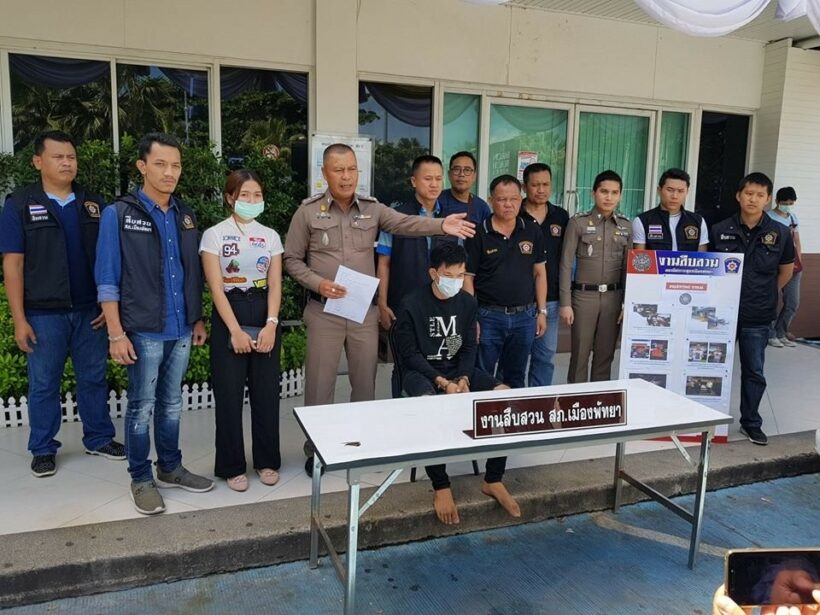 Sophon Cable reports that the Pattaya police station chief has announced the arrest of a man who stole his ex girlfriend’s car from outside her apartment.

Pol Col Apichai Krobpetch says the white Yaris went missing in April and 26 year old Jinda Cheuyphonklang suspected her ex who she had just split up with. It was taken from an apartment on Sukhumvit Road in Central Pattaya.

The Korat native waited but in June reported the theft to cops. They used CCTV to track down 24 year old Nopparat Janpheuak who was found with the vehicle outside a South Pattaya alcohol shop.

Jinda presented police with a basket of goodies as an expression of her thanks.