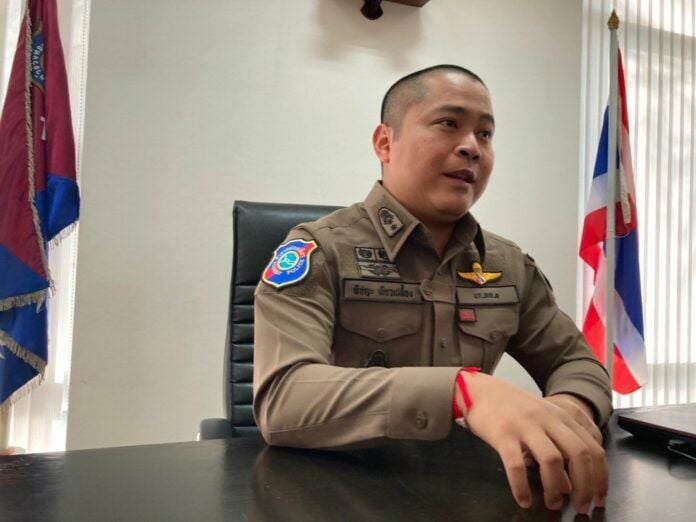 Police are making more promises to end Pattaya’s problem with gold theft against Indian tourists. This news follows a string of incidents where thieves have snatched gold necklaces from Indian travellers in recent months. Suspects often flirt with the tourists and touch them, asking them to come to their hotel with them. Victims often realise they have been robbed after they manage to push the thieves away.

The Pattaya News noted that some LGBTQ+ activist groups have expressed concern about specifically targeting transgender people with similar measures in the past.

Pattaya tourist police have asked for help from hotel operators to warn tourists not to wear expensive jewelry or walk alone, especially at night.

Many of the gold necklaces that thieves have stolen from Indian tourists have been pricey. Last month, a thief stole a necklace valued at 85,000 baht. Time will tell if the specialised police force, and other measures planned by Pattaya police, will work.

Malc-Thai
23 minutes ago, Fanta said: Someone should  capitalize on this and sell fake chest hair with hooks to attach to the chain. Win win!  I can see these chest wigs in shops in front of the white linen hoodie that…

Guest1
1 hour ago, Thaiger said: Police are making more promises to end Pattaya’s problem with gold theft against Indian tourists. More promises? that makes Indian tourists happy, methinks!
Pompies
So now we are going to have a witch hunt against transgender people are we! And as for those who claim to have been robbed, how many were actually wearing what they claim was stolen.

Guest1
25 minutes ago, Pompies said: So now we are going to have a witch hunt against transgender people are we I would not call it witch hunt! And Pattaya is long known, for it's phu chai suaai community and/with very …
Vigo
I must be a bad person as I have no empathy, no sympathy for the victims. It takes 2 to tango or in the case of Indian victims, 3-5 looking for a discount with one hooker. What is not mentioned…