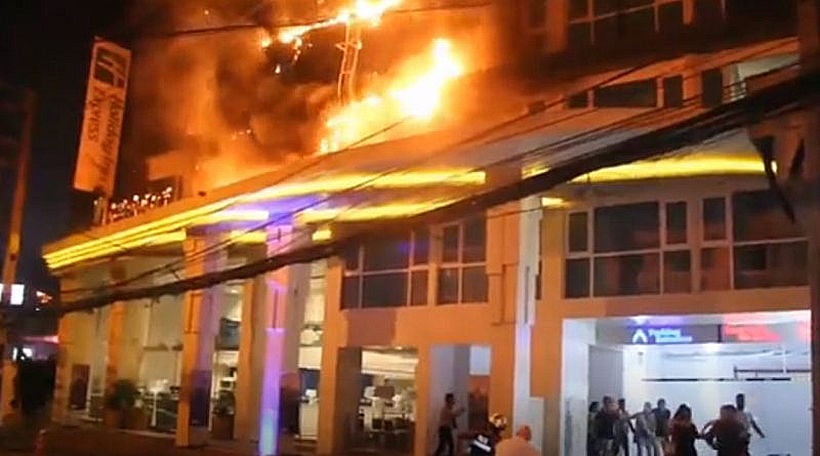 When a hotel in Pattaya caught on fire 400 foreigners, who were stating in the hotel at the time, evacuated without injury. The blaze remained isolated in the front section of the building and didn’t have time to spread to guest rooms inside the hotel.

Chonburi Police were notified at 4.30am yesterday morning, December 6, about the fire at a popular Pattaya hotel in Soi Buakhao, Bang Lamung. Emergency responders and firefighters headed to the scene, along with local volunteer rescue workers and a medical team from Pattaya City Hospital.

They arrived to find the front of the 8 level hotel ablaze. Police, locals and the hotel staff helped over 400 guests, including children, seniors, and handicapped persons, evacuate safely. Everyone was accounted for and evacuated in an orderly manner, according to police. The blaze took about 30 minutes to extinguish.

The 29 year old on-duty security guard, Supatchai, told police he saw some smoke coming out from the front of the building. Not long after the flames started and were fanned by the winds that were blowing.

Police are now questioning witnesses and investigating what caused the fire.