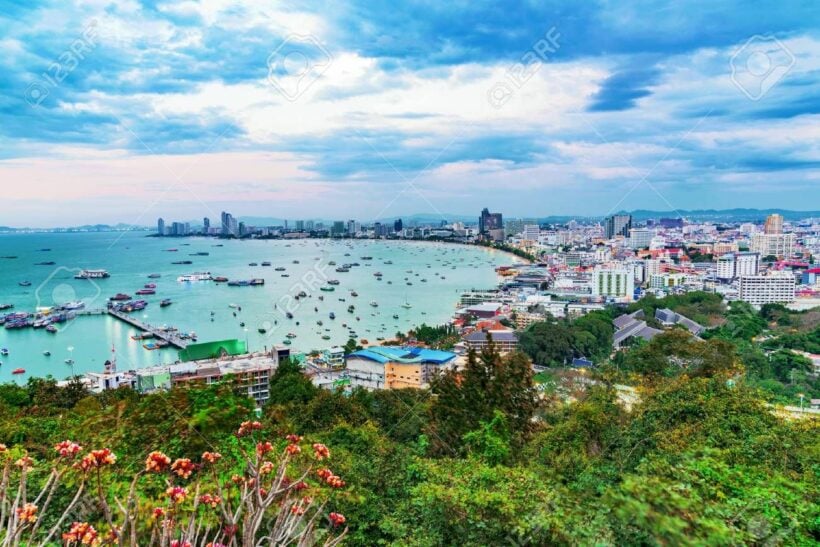 PHOTO: View over Pattaya from the Pratunmak Hill area

A Canadian museum owner has been injured after a fall in the upscale Pratumnak Hill area in Pattaya. Rescue workers were notified of the incident at 4pm yesterday (Tuesday) and rushed to the scene to find the 86 year old man with a broken leg. He was rushed to hospital.

According to his daughter, 24 year old Wannisa Sukjai, he had arrived in Pattaya just four days ago. She says her father and some friends were walking up Pratumnak Hill when he slipped on a rock and slid down an embankment where he came to rest, five metres below.

She’s asked that the ground along the walkway be cleaned to prevent similar accidents in future. Authorities say they will inspect the area and check on the man’s health.