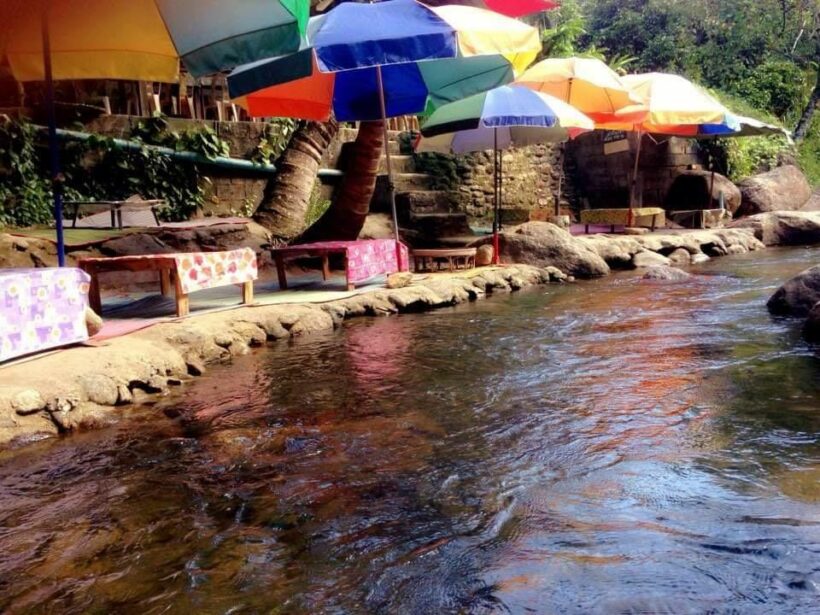 A website run by anti-corruption activists has posted a picture of a concrete platform built into a Nakhon Si Thammarat waterfall by food vendors, accusing authorities of failing in their duty to prevent such encroachment. This is the second pouring of concrete encroaching into the creek pointed out by police for immediate removal over the past week.

In both cases the concrete pours had been developed along the banks, providing space for riverside restaurants, encroaching into the stream.

The action by the Chom Rom Strong-Jit Porpiang Tan Thudjarit website prompted national park officials to order that the structure be removed immediately.

It was erected at the Tha Phae waterfall in Khao Luang National Park by vendors supplying food and drinks in the area.

The Bangkok Post reports that this is the second such structure to be erected at a scenic landmark, after similar encroachment on the Klong Tha Dee river in Khiriwong village, Nakhon Si Thammarat.

The structure erected there was widely criticised by netizens, with officials ordering vendors to remove it by Sunday. Read the story HERE.