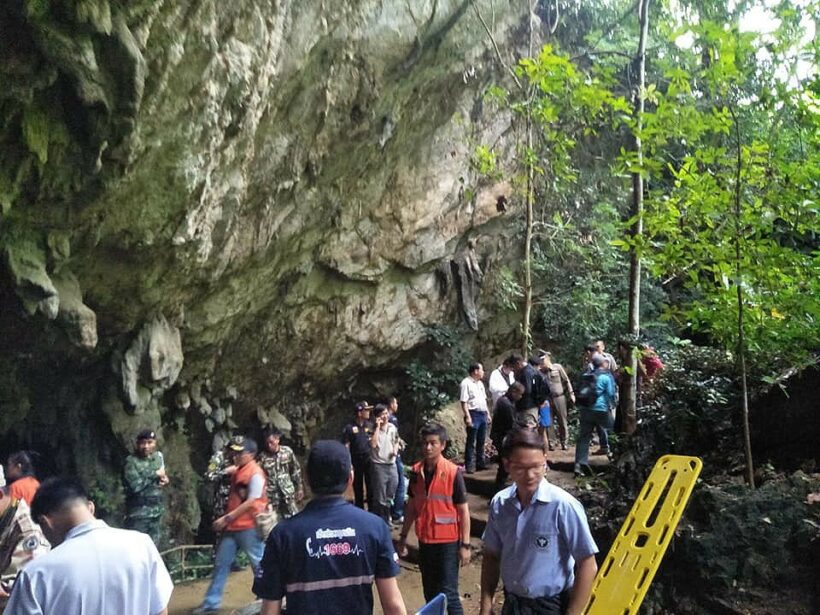 11 teenage footballers, along with their coach, have been stuck in a flooded Chiang Rai cave since last night (Saturday). Rescuers have been trying to get to the team who are trapped in a flooded cave in the region’s Mae Sai district. The cave is located in the Tham Luang-Khunnam Nang Non national park.

The footballers are all from the Tambon Pong Pha and aged between 13-15. They went to the Luang Nang Non cave with their coach coach after finishing weekly training on Saturday afternoon. Thai PBS reports that 11 bicycles and a motorbike were found at the mouth of the cave by park officials at about 7pm on Saturday night. Some backpacks and soccer shoes were sitting in baskets and attached to the bikes and motorbikes when rescuers arrived.

Park officials then contacted the chairman of the soccer team and asked him to come to the cave to identify the belongings and confirm if they belonged to his team. He told the park officials that his boys and the coach went into the cave but then weren’t able to get out after water from heavy rains flooded the cave entrance. He said he had sought help from emergency responders from the Mae Sai district.

The rescue team arrived at the cave but weren’t able to get far because they didn’t have the right diving gear to access the flooded cave.

The same team returned this morning (Sunday) with their gear to begin their rescue mission.

UPDATE: Up to 2pm Sunday rescuers have still no located the missing team and their coach. 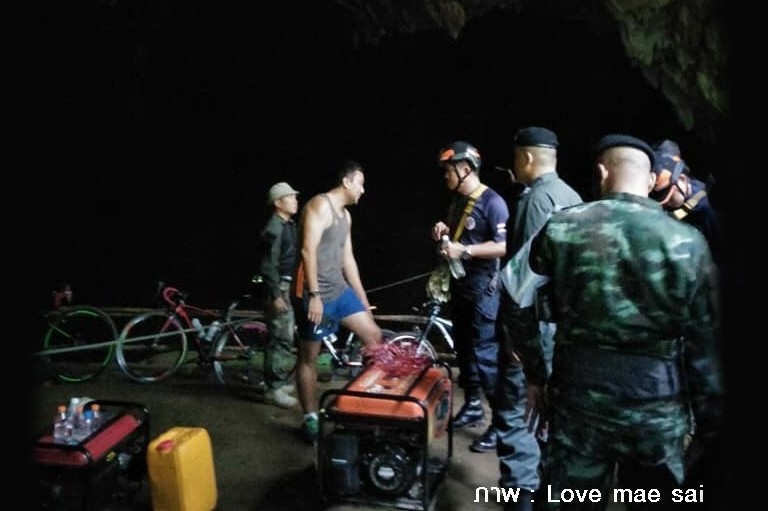 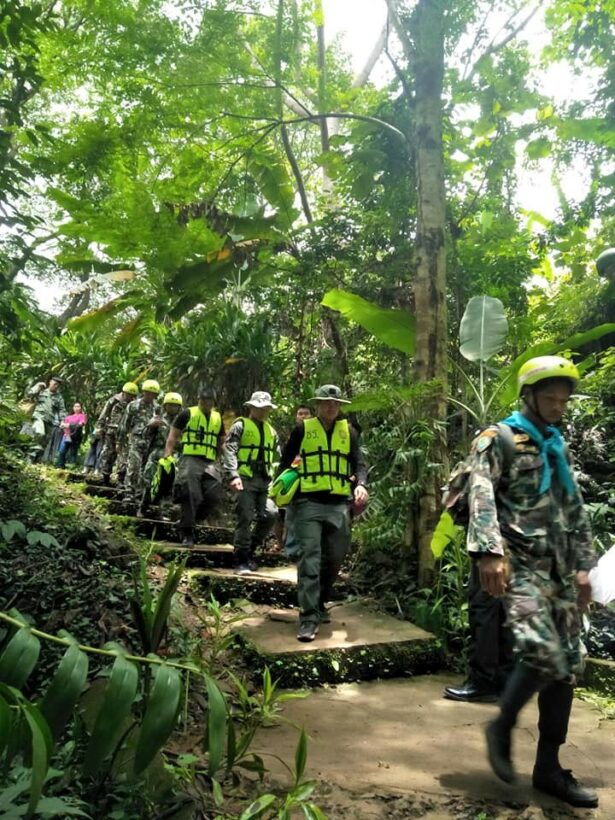