If you read the internet, particularly one particular website we won’t name (thaivisa.com)… whoops, then you’d think that Thailand is a dreadful place to visit, filled with hate-filled ex-pats who live in fear and loathing of, well, everything. According to many, the sky is likely to fall in at any moment and everything in Thailand is too expensive, too corrupt, too hot, too cold, and too dangerous.

Here are seven popular myths some ex-pats like to keep touting.

This has been a popular conspiracy theory for decades. As the numbers of tourists continued to rise, so did the comment “they’re making it up”. With no evidence to back their claims, keyboard warriors, seemingly unhappy that there is a rise in the number of tourists coming to Thailand, claim passionately that the TAT is just inventing numbers to appease their bosses.

It should be mentioned that the TAT doesn’t run around counting heads but get their figures from the Thai Ministry of Sports and Tourism which collates the statistics from the Immigration Department reports.

The TAT has assured us, over the years, that the methods used for collecting tourist arrival data have been the same for 20 years and that the figures are audited. The risk the TAT would have of being exposed to fraudulent numbers would be a major loss of face.

Things are getting too expensive in Thailand

And things are getting more expensive around the world. It’s called inflation. The rises in prices for food, services in goods in Thailand can partly be explained by the rise of tourism to the country with popular locations having higher rentals than in the past as the value of the property in tourist regions rises.

Whilst you can pay 300+ baht for a pad thai in a tourist area, locals can still get the same meal for under 50 baht. Is the price higher than it was 10 years ago? Of course.

The differences in prices between the popular tourist magnets and the outlying areas of the country continue to become more apparent though. If you’re going to live in Pattaya, Phuket, or Sukhumvit Road, then you will find many prices have risen along with the popularity of the locations and the rising real estate prices.

You have a high chance of dying on Thailand’s roads

According to figures from the World Health Organisation, Eritrea has the most number of road deaths (with 48.4 deaths per 100,000 residents), Dominican Republic – 41.7, Libya – 40.5, Thailand – 38.1, Venezuela – 37.2. So Thailand has, statistically, the fourth most dangerous roads in the world. The statistic looks bad.

But when you factor in that 74% of those deaths are people on motorcycles, often also drunk and not wearing a helmet, it’s not as bad as the numbers suggest, if you’re not in the high-risk categories. But IF you’re not drunk, wear a helmet, ride responsibly or travel in a car, your chances of getting killed on the roads are a LOT lower. Whilst the statistics still look truly awful they are heavily weighted against young males between 16-24.

So if you don’t fall into the ‘at risk’ categories that make up a very high majority of deaths on Thailand’s roads, then you are in less danger than the world average. That’s still not good enough but it puts Thailand’s high ranking into perspective.

The Thai government don’t want us to stay here

In recent years there have been additional levels of paperwork put on the application for visas for long-term stayers in the Kingdom. In the past, some of the requirements were overlooked or sorted out through, Ummm, negotiation. At the same time, the Thai Government has announced many other changes to visas and introduced Smart Visas and BOI visas, aimed at encouraging skilled professionals to live and work in Thailand.

All this while the exchange rates for many currencies have turned bad, especially for UK, European and Australian citizens, so their pensions or offshore investments haven’t been stretching as far as in the past.

Most of the changes come in the form of enforcement of existing rules and a general ‘clean up’ of procedures at Thai Immigration offices. There have been many improvements, well… attempts at improvements, along the way as well – things like drive-thru services.

Bottom line, if you think it’s difficult to live, work and stay in Thailand, just check how difficult it is for a Thai citizen to move to your country.

All ex-pats sit in bars and date bar girls

In the 1980s this may have been statistically prevalent. But the type-cast ex-pat living in Pattaya, Patpong, and Phuket has changed radically in the past 30 or so years. Now ex-pats come from a much broader range of countries, settle here for many different reasons, are younger, many have families, and are much more likely to be working here than retired. And you’re unlikely to see them sitting in a bar chatting up bar girls (not that there’s anything wrong with that).

But old perceptions die-hard and the typical Thai ex-pat is still thought to be white, older, and enjoys dating younger Thai bar girls. Statistically, this is a tiny proportion of the 300,000 or so ex-pats thought to be living and working in Thailand in 2019.

Staying in the Kingdom without a job, with limited funds and no health insurance is becoming increasingly complex. But you’d find that situation in most parts of the world now. Should you prefer the safety of a health insurance policy to protect you from those unforeseen scenarios, there’s a whole host of companies willing to write you a policy in a matter of minutes. The specialists in Thailand are Regency Assurance, catering to ex-pats and tourists alike.

The Thai government is a dictatorship

We’ll tread a little carefully here. Thailand’s fraught experiment with democracy, since the absolute monarchy was abolished back in 1932, has been fragile. Lots of coups, lots of Army tampering, and lots of elections. Thailand now has the dubious distinction of being the world’s only current Military-led government. But is it a ‘dictatorship’ in the historical use of the phrase? Probably not.

The NCPO, the Army-led National Council of Peace and Order, took the reins of government on May 22 2014, in a bloodless take-over from the civilian-elected government.

But the Thai Government is in good company in and around South East Asia. Laos and Vietnam are both run by communist governments (with stable capitalist economies), Cambodia is a constitutional monarchy run by a leader who has been seen to control the ‘elections’ by suppressing political dissent. Malaysia is a federal constitutional monarchy but has suffered ongoing political division and nepotism, and more recently a rise in religious tensions that cripple the government’s ability to govern. Singapore is more of a family business than democracy – the southeast Asian economic miracle of the 20th century. Brunei is run by a Sultan who has recently introduced aspects of Sharia law into the Sultanate – no elections there. Myanmar is a quasi army-run dictatorship. Etc, etc…

Indonesia, Japan, and South Korea are the only relatively stable Asian democracies but they are few and far between.

So Thailand’s unique take on the words ‘election’ and ‘democracy’ should be viewed in a wider framework of pan-Asian politics. Bottom line, there aren’t tanks rolling down the streets or soldiers standing on street corners toting guns. In the Wikipedia Democracy Index, Thailand falls into the category of ‘hybrid regime’ and that’s probably about right.

There’s NO Freedom of Speech in Thailand

Whilst there are many subtle, and a few less subtle, limitations on Thai media, you will see robust debate and editorials printed in Thai and foreign-language media any day of the week. It’s a uniquely ‘Thai’ type of media but there are a few well-documented cases of individuals who have dared to tread over the grey line.

Going to a Thai media scrum is about as robust as you’ll find anywhere in the world and the questions fired at politicians, usually cloaked in very polite language, can cover just about any issue. There are a few ‘no go’ topics in Thailand and that’s a cultural thing that takes a few years to fully understand. But, believe me, the Thai media is a robust part of the ongoing political and economic discourse of the country, despite the many perceived or real restrictions. Like many other things in Thailand, when it comes to freedom of the media, TIT.

The Thaiger has never been contacted by the police, the Army, or government officials to discuss or remove anything we’ve published. 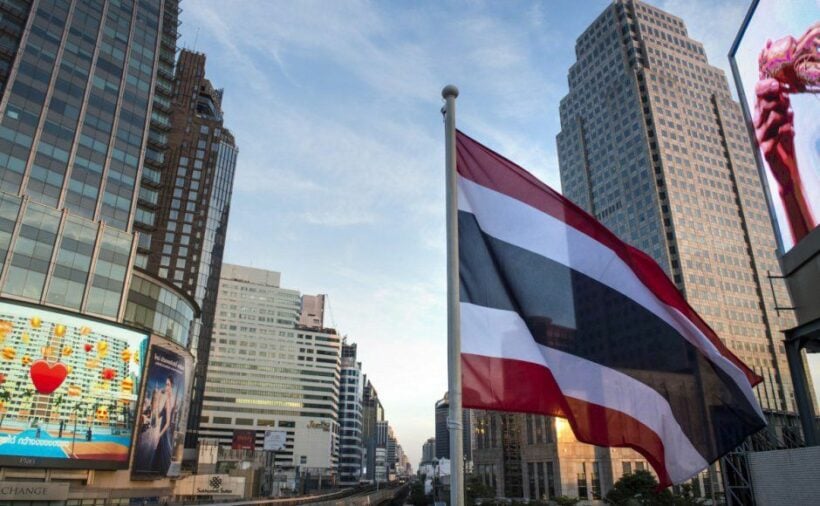