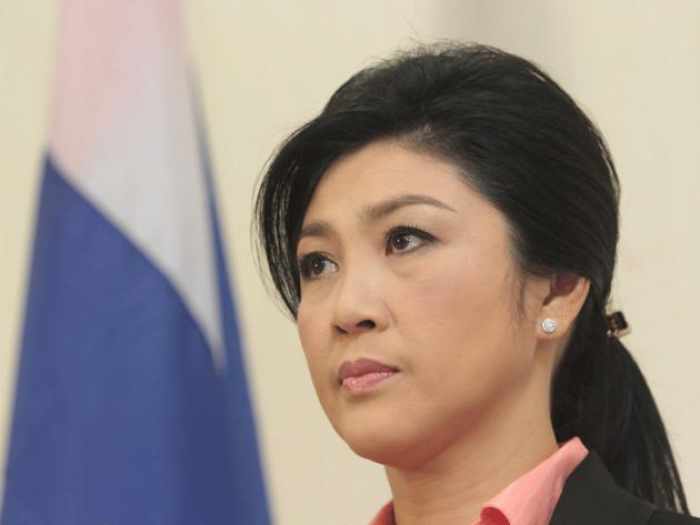 PHUKET: About half of the people who responded in a recent survey support the junta’s granting of permission for ousted prime minister Yingluck Shinawatra to take a short trip out of the country, but opinions were split 41:39 on whether she would actually return.

The results released yesterday of a survey conducted by the National Institute of Development Administration (NIDA) from July 18-19 on 1,247 respondents nationwide showed 52-per-cent approval of Yingluck’s vacation to Europe, since she has a citizen’s right to freedom of travel.

She also seemed quite willing to cooperate with the National Council for Peace and Order (NCPO). However, 40 per cent thought she should remain in the country to clear doubts that she may try to seek asylum abroad.

The NCPO has allowed Yingluck and her son to travel abroad from July 20-August 10, but the National Anti-Corruption Commission decided unanimously last week to seek her criminal indictment for alleged dereliction of duty in overseeing the rice-pledging scheme.

When asked if Yingluck will attend her brother Thaksin’s birthday party on July 26 during her stay in France, 77 per cent thought she would, while 9 per cent believed otherwise. About 14 per cent had no comment or were unsure.

According to another survey by Bangkok Poll on police reform, 91 per cent wanted the overhaul by the NCPO while only 9 per cent did not. About 67 per cent believed provincial police should be under the direct command of the governor while 33 per cent disagreed.

About 89 per cent felt police policy committees should be restructured to minimise influence from the political sector and 64.5 per cent that the current police chief should be allowed to select his successor. The other respondents disagreed.

Large majorities of 82 per cent agreed that the permanent secretary of the Defence Ministry should be appointed to the National Police Policy Commission and of 89.5 per cent that the selection criteria for the police chief should not be based on seniority, as proposed, but rather ability and performance.

When asked what was the most urgent issue needing the attention of the police chief, 35 per cent said corruption, 26 per cent said security of lives and property and 20 per cent illicit drugs.

Master Poll also conducted research on leadership attributes that people most want to see. High on the list were being tough (88 per cent), brave and decisive (77 per cent), loyalty to the monarch (62 per cent), honesty (61 per cent), determined and selfless (56 per cent) and responsibility on duty (56) per cent.

About 53 per cent preferred a leader with clear vision, while others mentioned ability and capability, experience, vision, strategic planning, open mindedness, interpersonal skills, and good posture and looks.

A leader who is wealthy was the choice of almost 11 per cent.