To register for the Thaiger Flash Property Sale log in HERE. It all start this Thursday at midday! 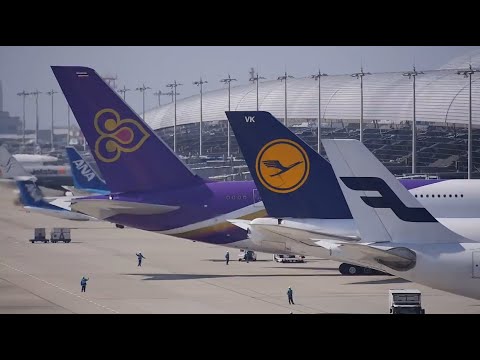 The deputy leader of Thailand’s Democrat Party says Thai’s should be outraged by the disclosure that Thai Airways senior management have been getting a 75,000 baht “travel allowance”.

He decries the allowance granted to anyone holding the position of executive vice president at the long-struggling airline.

Thailand’s national carrier, run as a state enterprise, until it filed for bankruptcy protection, is understood to have accrued debts of around 200-300 billion baht. It has long drawn criticism for the generous perks offered to the airline’s senior executives and their family members.

In his post, Samart also hits out at senior executives for insisting on an allowance that covers the cost of a private driver, even when they have their own car.

A new poll shows that most Thais are anxious to return to markets and supermarkets first, and not venture too far away from their homes.

83% of those surveyed are prioritising markets, flea markets and supermarkets, with fewer than 49% saying they want to return to department stores, and just over 40% saying hair and beauty salons are high on their list.

Recently reopened cinemas may be quiet for a bit longer, as a whopping 91% of Thais say they don’t want to visit movie theatres right now. Nearly 84% say they’re not interested in visiting airports, 83% say they won’t be going to beauty clinics, and over 81% say massage parlours are out.

Meanwhile, 46% of Thais want the Songkran holidays moved to the (western) New Year period, while over 33% say they’d prefer to get them in September as there are no public holidays that month. 20% say they’d be happy to have the holidays granted at any stage this year.

The Thai government says it still has some concerns about reopening the country’s nightlife after a resurgence of the Covid-19 virus in Japan was linked to entertainment venues in Tokyo.

The spokesman for the government’s Covid-19 task force says the Japanese outbreak, and a prior, similar outbreak in South Korea’s clubs, is the reason Thailand’s bars and nightlife venues remain shuttered following the latest easing of restrictions.

On Sunday, Tokyo authorities reported 47 new cases of the virus, the highest number since May 5. 18 of those could be tracked to entertainment venues in the city. Yesterday, a further 48 cases were confirmed in Japan, with 20 linked to nightlife establishments in the same part of town.

The Thai government will no doubt be watching the situation in Japan, and in other nations where nightlife venues are opening up, with developments overseas likely to influence any decisions on reopening Thailand’s nightlife. Bars and nightclubs remain closed at this stage but alcohol can now be served at restaurants as part of the meal.

Monk chases pregnant woman and kills her in Buriram

Investigating a fatal stabbing in Buriram yesterday, police now believe the woman who was stabbed by an Abbot, had been blackmailing him after having an affair.

The fatal stabbing happened on a road in northern Buriram yesterday afternoon. The victim, 36 year old “Lampai”, was 8 months pregnant

Eyewitnesses told police that the 59 year old Abbot of a local temple, crashed his van with a pickup. The passenger in the pickup was Lampai. The woman ran from the vehicle but the monk chased her down, wielding a knife, caught her and stabbed her twice. She died at the scene. Emergency responders raced her body to the hospital but her baby also died.

The former abbot has now been defrocked and charged with “premeditated murder” and “carrying a weapon in public”. He claims the woman had been black mailing him but did not admit to an alleged affair.

And a strong southwest monsoon in the Andaman Sea brought on rainstorms in other parts of the country. So the country was getting influences from both ends. Hundreds of homes have been damaged from the storms and many streets have flooded.

From Udon Thani in the north to Surat Thani in the south, 324 homes were damaged from storms. In the Isan region, certain areas of Korat were flooded after hours of heavy rain on Sunday. In Saraburi, Central Thailand, many vehicles with flooded engines stalled out, causing a traffic jam on the Mittraphap Highway.

Storms and heavy rain are expected to continue for the rest of this week.