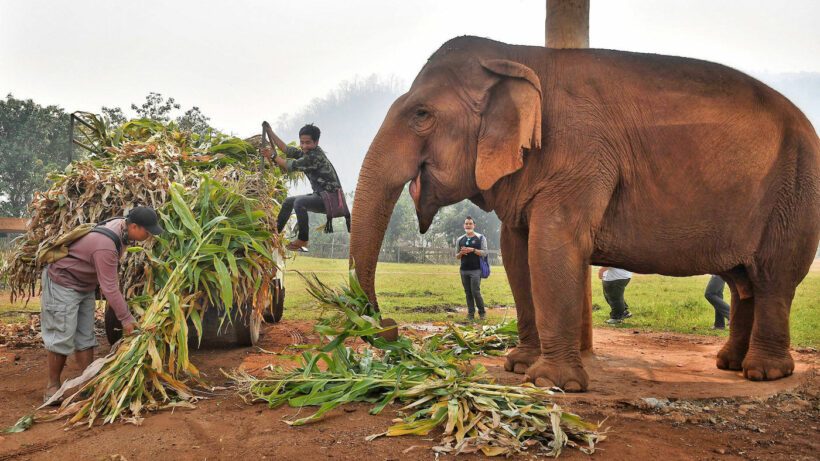 A restaurant owner in Issan’s northeastern Maha Sarakham province has surrendered to police after allegedly shooting dead his wife and stepson.

Police arrived at the scene to find the alleged shooter, a 31 year old, had locked himself inside. He reportedly fired a warning shot to discourage officials against getting too close. Police initially found the man’s 18 year old nephew, shot in the back and lying in front of the building. He was rushed to hospital and is currently in a stable condition.

More than 100 police cordoned off the scene and negotiators spent around 3 hours persuading the alleged shooter to turn himself in. Eventually the man surrendered. Police found the dead bodies of his 43 year old wife, and her son, a 23 year old inside.

The man surrendered the 9mm CZ handgun which was reportedly used in the shootings.

Further to a story on The Thaiger yesterday, police have now arrested 4 men for the shooting death of a forest protection officer at a Wildlife Sanctuary in the central province of Lop Buri.

Officer Khuan along with two other officers were on patrol in the forest on Monday when they came under fire.

62 staff of a hospital in the southern Narathiwat province, bordering Malaysia, are now in quarantine after making contact with a patient.

The 45 year old man arrived with flu-like symptoms and later tested positive for Covid-19. He’d walked into the hospital on May 30 to be treated for flu.

“He stayed at a private room on the eighth floor before asking to switch to a cheaper room on the sixth floor. Later he showed symptoms of pneumonia and tested positive for Covid-19.”

The Covid-19 crisis has affected the livelihoods of countless millions of Thais… not all of them human.

Elephant camps in Chiang Mai, and elsewhere in Thailand’s north, have been devastated by the drop in tourism, forcing some to close and having to leave their elephants without food to survive. More than 100 are now marching up to 150 kilometres back to their home provinces.

Chiang Mai’s Save Elephant Foundation has been promoting the elephants’ return to their natural habitats, hoping that locals will be able to assist the elephants rehabilitate with their wildlife homes during this difficult time.

Next time you end up in a Thai ambulance, just check and make sure they’ve locked the back door.

A video that captured the moment a female patient rolled out the back door and into a busy Bangkok road has now been viewed over a million times.

The ambulance, lights flashing, was transporting the woman to hospital. As the driver accelerated along Pracha Uthit Road the back doors flew open, and the poor patient, strapped onto the stretcher, was suddenly plopped onto the middle of the road.

A few motorcyclists ran to her aid, as did the driver. They carefully picked up the stretcher, popped it back in the back of the ambulance, checked the back door was closed and continued on their way.

As for the patient, we’re not sure about her condition or if she survived the ordeal and the short unplanned excursion onto the city streets.

Deputy PM says some restrictions could be eased before mid-May