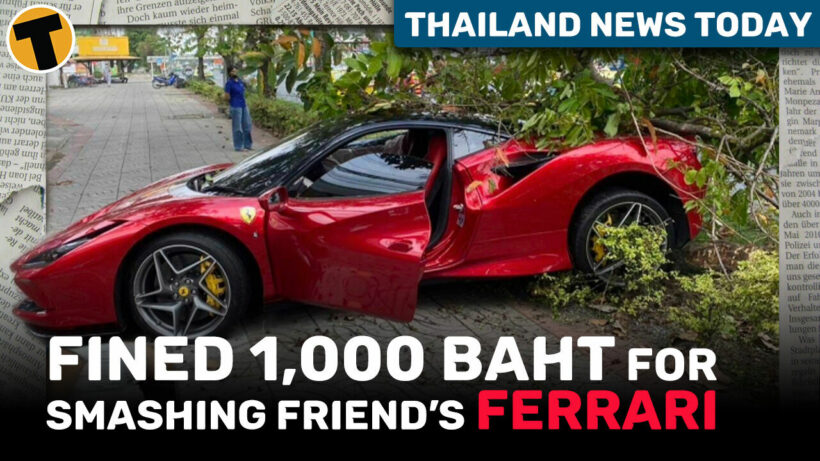 Cannabis shops and cafes in Thailand are no longer allowed to let customers
smoke the plant recreationally on the premises anymore. On-site consumption of
cannabis for medical purposes is still permitted if the cannabis is sold by a medical
practitioner.
The announcement was made in the Royal Gazette yesterday and is effective
immediately.
The announcement states that the Ministry of Public Health has declared the THC-
rich cannabis flower as a “controlled herb” with restrictions. Two big changes
come as big blows to the industry…
Advertising the sale of cannabis flowers is prohibited
Cannabis consumption inside shops/cafes is banned unless sold by a medical
practitioner
Many of the control measures listed in the announcement are nothing new, e.g.,
cannabis cannot be sold to people under 20 years old, students, pregnant women,
or women who are breastfeeding.
The announcement also said that cannabis flowers are not allowed to be sold online
and cannot be sold in vending machines in Thailand.
“Controlled herbs” cannot be sold in temples, religious sites, dormitories, parks,
zoos, and amusement parks.
Thailand’s liberal stance on cannabis has been met with resistance from several
parties rallying for cannabis to be re-listed as a Category 5 illicit narcotic.
However, Health Minister and cannabis enthusiast Anutin Charnvirakul is
confident that cannabis’s delisting as a narcotic on June 9 this year will not be
reversed anytime soon. Thailand News

“It’s not possible as long as I’m Minister of Health,” he said. He said the public
should vote for the Bhumjaithai Party in the next election if they want cannabis to
stay legal.
The new control measures detailed in the Royal Gazette are intended to be a
compromise to keep everyone happy until the elusive Cannabis Act comes into law
next year. Thailand News

Applications for welfare have seen a huge jump, with 22 million Thai people
requesting a state welfare card in the latest round of registration. That massive
figure equates to about one-third of the entire adult population of Thailand. It is a
huge jump from the current 13.5 million people now carrying welfare cards in the
country.
The figures come after the end of the last registration period in October. Deputy
Finance Minister Santi Promphat reported the numbers and said that many
applying for welfare are likely the result of the Covid-19 pandemic and the
economic hardship that it brought over the last few years.
The deputy minister was not shocked by the unusually high number of applicants
for welfare. He says that a large percentage of the people who applied were likely
from vulnerable groups like those who suffer from chronic illness or may even be
bedridden. Another big chunk of applicants may have just not been prepared for
the drawn-out economic drop of the pandemic. Thailand News
The 22 million applicants do not mean that there will be 22 million people added to
the state welfare programme this year though. Those who requested the card will
still have to go through a thorough vetting with over 40 state agencies examining
their eligibility for the programme.
The 13.5 million people on state welfare currently are all required to re-register
every time there is a new application round. The minister says that the qualification
process is getting more stringent each year. He expects that as the economy slowly
recovers from the pandemic, the number of applications for welfare will abate in
sync.
To qualify for state welfare, an applicant must be a Thai citizen that is 18 years or
older. Thailand News

A skilled professional car racer faces a 1,000 baht fine after smashing a friend’s
precious red Ferrari worth 25 million baht (US$695,000) into a tree in Bangkok
yesterday. The driver, Nawin “Gaga” Yasri, was sent to hospital with a back injury
while the expensive car is a write-off.
An officer from Don Mueng Police Station rushed to Phahonyothin Road in
Bangkok to pull Gaga from the wreckage of the destroyed Ferrari F8 Tributo.
The 44 year old racer lost control of the vehicle and crashed the car into the tree
making it fall onto the luxury Italian sports car. Gaga was hurt and trapped inside.
He was later sent to Paolo Kaset Hospital for treatment.
The 25 million baht opulent car was reported to belong to Gaga’s friend,
Weerakard Dokchan, who is also a car racer and owner of the World Pump
(Thailand) Co., Ltd.
Gaga said that he was about to turn right into a petrol station but the car skidded on
the road and hit the tree.
Siamrath reported that Gaga would face a fine of up to 1,000 baht for driving
recklessly.
The investigating officer told the media he would question Gaga again after he
recovers from his injury to find out whether he violated any other laws.
Gaga is a leading professional motorsport racer from the Puma Inforlife Team
PTT. Thailand News

A young Thai man is badly injured after colliding with a hanging cable on a busy
road in Bangkok, Thailand. He said he would have been decapitated had he and his
friend been driving any faster.
Yesterday, he took to Facebook to seek justice after being seriously injured by a
hanging cable in Bangkok’s Soi Lad Phrao 101 on November 15 at 1am.
He said he was sitting on the back of his friend’s motorbike when suddenly the
bike flipped upside down and he was slashed in the neck by a cable. He said he
was in so much pain that he was rolling around in the road. Neither he nor his
friend saw the cable coming, he said on Facebook. Thailand News
The injured posted photos of his wounds on Facebook and asked, “Who should I
complain to?” “Who is responsible for this?”
In the post, the young man thanked good citizens at the scene for lifting him up and out of the road when the incident happened.
He said his friends’ motorbike was damaged but didn’t mention whether his friend was injured in the collision.
He advised other drivers to stay safe and aware because roads in Bangkok are not
safe. The offending cable was moved out of the road, he added.
The young man is right, a hanging cable could decapitate you if you’re driving fast
enough. Thailand News