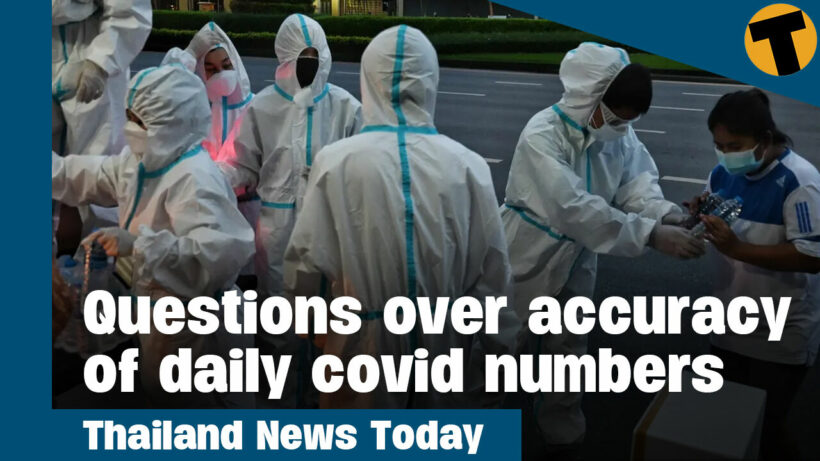 Last month, the Bangkok Post reported that about 100 billion baht left the market after the US Federal Reserve increased its interest rate.
The fallout from the war has resulted in higher fuel prices and production costs, causing an economic slowdown. As a result, investors predict international credit rating agencies will downgrade Thailand this year. The 10-year Thai government bond yield has already increased to 2.5.
In order to revive the economy this year, the government will issue bonds and take loans worth approximately 1.5 trillion baht. According to Yuanta Securities Research analysts…
“Theoretically, when the bond yield goes up the stock market tends to be under pressure in the short term, but it is a sign of economic recovery.”
A Krungthai Bank market strategist added that foreign investors will return to the Thai bond market in the second half of the year, under three key conditions: when the war in Ukraine ends, the economy stands to improve and the government’s monetary policies have a clearer trajectory.
—

If you’ve ever questioned the accuracy of an antigen testing kit, aka ATK test, then you’re in good company. Thailand’s Rural Doctor Society, or RDS, has pointed out an alarming spike in ATK-detected cases of Covid collected by the CCSA for its daily Covid count, raising questions about how accurate the nifty testing kits are.
In a post on their Facebook page yesterday, the RDS found that the amount of ATK-detected infections in just three provinces was much higher than the total number of ATK positive cases nationwide on Wednesday. The CCSA had published Wednesday’s data yesterday morning.
The three provinces of Chon Buri, Songkla and Change Rai reported a total of 16,484
cases while the corresponding number from the CCSA for the entire country was
16,079.
In their Facebook post, the group of Thai doctors and district hospital directors nationwide had this to say about the alarming spike in ATK-detected Covid cases…
“We, the front-line healthcare workers, are working hard as we aim to bring the number of new infections down by containing the spread of the virus as well as we can… We, too, expect to see a lower number of new cases as we are trying harder to contain the spread of the virus, but making up an ideal figure just isn’t the way to go… Reporting the actual number of new infections will instead help raise public awareness about the outbreak situation.”
—

IT workers expect a shortage of computers for sale in Thailand to start between May and June due to the pandemic restrictions impacting producers in China.
The chief of sales and marketing at IT distributor, Advice, an, told reporters that if China’s lockdown continues, as well as the Russia-Ukraine war, computer prices will likely rise. Right now, popular computer notebooks cost from 18,000-19,000 baht, while popular gaming computers cost from 26,000-40,000 baht. He did not specify how much he expects prices will rise.
The head of IT business development at another IT company also said he expects the impact of China’s lockdown to last one to two months. He said his firm has enough inventory for at least three months. The IT head said that even though computer sales are likely to slow, there is still a need for them, as there is still pent-up demand for notebooks and tailor-made computers from people working from home and studying online”.
Even though the Covid-19 pandemic saw a boom in PC sales due to remote working and learning, Russia’s invasion of Ukraine in late February has disrupted supply chains.
—

Forensics experts have found “22 small wounds” on the legs of drowned Thai actress Tangmo, according to the report from a second autopsy, which was conducted several weeks ago at the request of her mother.
However, pathologists did not find any face or head wounds, broken teeth or fractured bones, as was suspected.
The Justice Ministry’s Central Institute of Forensic Science, or CIFS, disclosed their findings at a press conference yesterday, where they addressed the 11 points of suspicion that the mother had raised, which led her to call for the second report. Pathologists from the institute conducted the additional examinations under supervision of a senate panel of forensic experts on March 17.
The latest postmortem mainly focussed on the 11 specific points of concern. The justice minister’s secretary confirmed that in their report, the CIFS was able to address most of the mother’s concerns. But because of the condition of the actress’ remains, pathologists were unable to draw clear conclusions regarding a few points.
The second examination was helpful in addressing the mother’s suspicions, most of which have been dispelled in light of the report, which confirmed that the initial autopsy was conducted thoroughly and did not exclude any significant findings.
Besides the 22 small wounds found on the actress’ legs, there were no other major variations in the reports of the two autopsies, according to lawyer Decha Kittivittayanan, who attended the press conferences.
But whether the new findings were helpful to the ongoing case remains to be seen, he said he would need to consult with the investigating police.
—

A needlefish impaled a tourist in the neck while he was swimming at a popular beach in Thailand on Thursday.
Careful not to remove the needlefish from his neck, lifeguards gave the man first aid on Ao Tan Khu beach in the eastern province of Trat by Cambodia before taking him to a local hospital at around 1pm. Local officials are now warning swimmers to watch out for the needlefish.
Needlefish, found in shallow warm waters, have elongated bodies and long, narrow jaws filled with very sharp teeth, similar to a swordfish. The strange fish, which can live in both saltwater and freshwater, can travel up to 60 kilometres per hour and is adept at jumping high up out of the water.
Needlefish are generally not considered a danger to humans because attacks are few and far between. However, when they do attack, it can be fatal. In 2018, a 23 year old Thai marine bled to death after a needlefish stabbed him in the neck during naval training, also in Trat province.
In Indonesia back in 2020, a 16 year old boy survived a freak needlefish attack while he was out fishing with his friend at night. A needlefish jumped out of the water and completely impaled his neck, leaving the 30-inch fish’s sharp snout sticking out the other side of his neck. The fish was surgically removed and the teenager recovered. He said the fish attacked him because he shone a flashlight into the water. The fish is known to get excited by artificial light at nighttime.
—

Here in Thailand, April Fools jokes could land you in Thai jail. No joke. The Royal Thai Police is warning the public to be careful with their pranks today, saying that any jokes that cause danger or widely spread fake news can lead to jail time.
The Deputy Spokesperson of The Royal Thai Police, Suwat Deepor, warned residents about the jokes and lies during April Fools Day, especially on social media. Those who spread fake news that threatens national security or invokes public fear can face up to five years in jail and an up to 100,000 baht fine.
The officer focused on the fake news about Covid, warning people not to post false information about Covid clusters, deaths, or the spread of the disease.
The spokesperson says police don’t want to ban April Fools jokes, but added that Thais should make sure their jokes don’t violate Thai law. Some false statements made online could lead to a defamation charge or a charge under the laws on fake news under the Computer Act.
He urged all residents to carefully consider jokes before posting. As always, those who want to snitch on their neighbours can call the Royal Thai Police 24-hour hotline at 1599 to make a report.