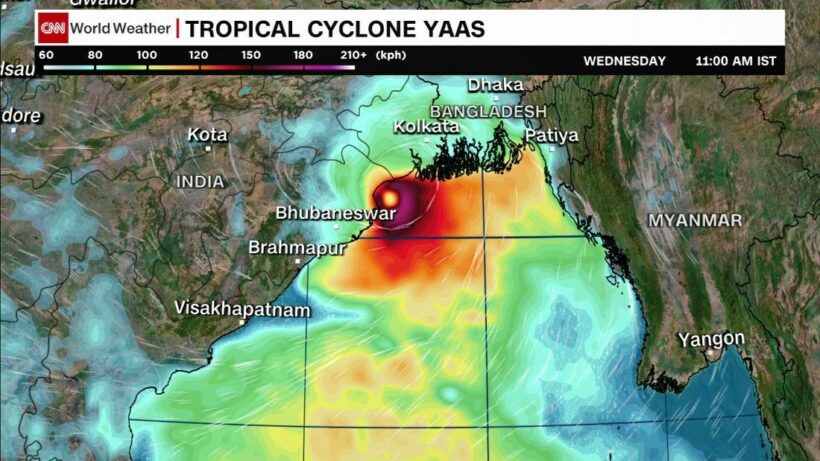 Heavy rain to very heavy rain is forecast for Southern Thailand from today until the end of the week. The rain, and the bad weather, is coming from the north-moving Tropical Cyclone “Yaas”, which is currently situated over the Bay of Bengal, south of Bangladesh and heading for landfall on the Indian coast.

“Yaas” is heading in a North/Northwesterly direction and is clocking sustained winds around 95 kilometres per hour.

The storm is set to move over the coastal areas in India, close to the Bangladeshi border by late tomorrow or the day after. It is expected to strengthen and will continue to affect the Andaman Sea, Southern Thailand and the Gulf of Thailand as well.

Residents of South Thailand provinces such as Phetchaburi, Prachuap Khiri Khan, Chumphon, Ranong, Phangnga, Phuket and Krabi, can expect heavy to very heavy rain for the rest of the week.