PM Prayut Chan-o-cha has ordered the Thai government to form an investigation committee to crackdown on illegal gambling in response to the outbreak at a Rayong gambling venue. The spike in cases linked to illegal activity has caused problems for health officials who have been trying to track down elusive gamblers to contain the spread of the virus.

The prime minister says the investigation committee will consist of officials from Thailand’s Security Department, Department of Special Investigation, the Anti-Money Laundering Office and Narcotics Control Board.

“We can’t deny that most people are still joining gambling, which is illegal in Thailand. This is a matter of the officers who have to cooperate and solve this problem. Wherever is the source of infectious disease, they must be eliminated as quickly as possible.”

The national police chief Suwat Jangyodsuk also recently ordered a crackdown on illegal gambling joints in response to the recent outbreak at the Rayong gambling den.

After officers from Thailand’s Central Investigation Bureau raided a Bangkok gambling den, a Bangkok police chief and 5 senior officers were transferred for alleged negligence of duty. The Metropolitan Police Bureau will investigate to determine whether the officers had any involvement in the illegal gambling operation.

Chon Buri and Rayong police chiefs were also both transferred after reports of Covid-19 cases linked to gambling dens in the provinces.

Under the newly-ordered government investigation, Prayut says they will track down “influential figures” who might be involved in the illegal activities.

“We insist that we will use legal measures to arrest those who are involved and destroy all gambling dens found.” 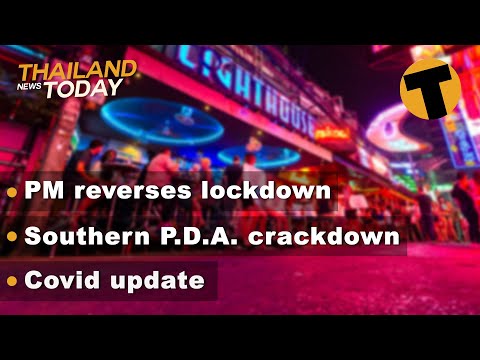