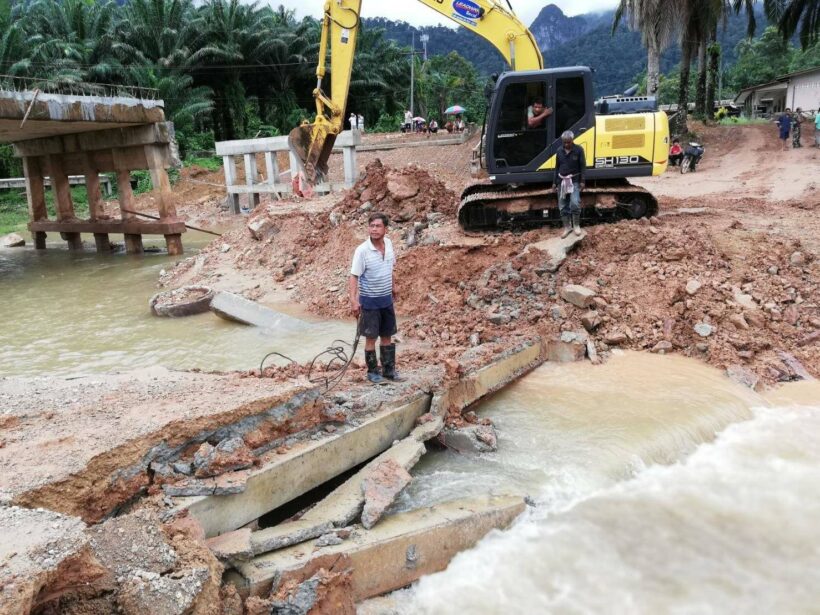 Officers from the Department of Disaster Prevention and Mitigation (DDPM) Krabi Office brought in machinery to Tupprik Sub-District yesterday (June 19) to fix the Huay To Bridge after it was damaged by flash flooding yesterday.

The damage of the bridge blocked a local community of 30 houses near Khao Panom Benja National Park as well as officers at the national park. Cars couldn’t pass as the bridge was completely damaged and totally unserviceable.

Head of DDMP Krabi Paisan Kunsri says, “we are repairing the bridge while making a temporary bridge as quickly as possible to help locals cope in the meantime. If there’s no more heavy rain, the temporary bridge should be able to be used until the permanent one is completed next month.”

2.8 million tourists visit Thailand in May

Death penalty for child rape cases in Myanmar voted down