A poor elephant was identified as “See Dor Daeng”, which was not only one of Asia’s largest mammals but also one of the smartest of his herd as he had previously managed to elude the wildlife centre by finding its own way under electric wires and canals.

The animal’s death was caused by an electric shock at a fruit plantation installed by the farmer on Tuesday morning, where his body was found in Pong Nam Ron district, according to officials.

Photos acquired from the scene show that the elephant’s trunk was still linked to the 220-volt electric wire at the farm when it was found.

Shade_Wilder
I often think that the Earth would be a whole lot better off without humans. 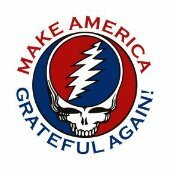 TopDeadSenter
As a big "eye for an eye" guy, I know exactly what should be done here.
DiJoDavO
3 hours ago, Shade_Wilder said: I often think that the Earth would be a whole lot better off without humans. It's true. Take away bees or mosquitoes for example, and everything will be affected by it. The only creature which…