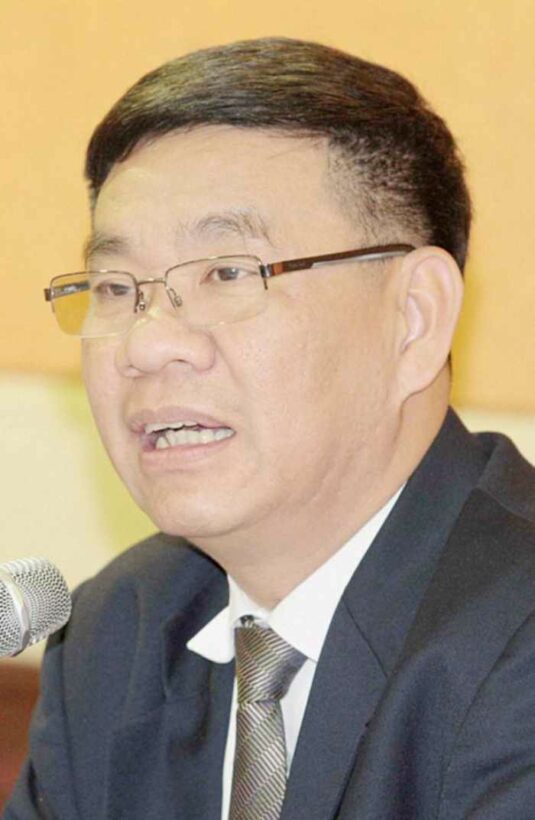 PHUKET: The Election Commission (EC) yesterday denied that its reform plan put to the National Council for Peace and Order last week came at the expense of politicians, saying its intentions were above-board – to make polls free and fair and allow only good people to serve the public.

“We did not suggest the proposal by following someone’s order. We don’t want to please anyone in particular. We just want to give good solutions to the junta, which asked us for our opinion,” said EC member Somchai Srisutthiyakorn.

The EC’s recommended measures have been heavy criticised, especially by politicians, with some claim they restrict MPs’ rights.

But its proposals may be just a small part of a large number made by other agencies to the junta under its request, he said.

“It may be just one of the 100 replies [the junta received],” he said, adding that it was too early to say if any of them would be adopted.

The proposals were submitted to Surasak Kanjanarat, permanent secretary of the Defence Ministry, who heads the NCPO’s reform panel.

Among the more controversial parts was one limiting members of parliament to two consecutive four-year terms.

Somchai said he did not make the proposal or believe such measures could really prevent political families from extending their influence, as spouses, children and relatives of ex-politicians could always replace them as proxies.

The suggestion to have half of MPs coming from the party-list system would boost the chance of small parties competing with bigger parties and reorient all parties towards vying more on policies, he said.

All senators should be appointed, as electing them “won’t do any good”, he said.

“The process of obtaining them would be like that of MPs and we would end up creating a fiefdom of spouses of MPs and senators,” he said.

However, the selection process for the Upper House should be made more fair, rigorous, inclusive and representative than the existing one where a panel of seven people has the final say.

Somchai also threw his weight behind an idea to try to stop political parties from campaigning on specific monetary promises or populist policies that voters will enjoy in return for their votes.

Pheu Thai Party’s policy of raising the minimum wage to Bt300 per day was an example. Such policies may not be sustainable and such ploys could see parties competing on populist policies for votes. While political parties should have the right to espouse concrete policies, they should not specify fiscal figures, he said.

On the bigger picture, politicians were to blame for the coup, he said, as they were unwilling to compromise and this eventually led to the power seizure on May 22.

“Politicians didn’t try to protect democracy and that’s why the situation is like this. They should have learnt to take some steps back and be flexible. If [the then ruling Pheu Thai Party] had accepted [the EC’s proposal to defer the election], the situation today wouldn’t be like this.”

But protracted political division was still festering and only temporarily submerged by the NCPO.

“It’s as if it’s under the water,” he said of the dormant political rift.

Cabinet: Prime ministers and Cabinet members who have stepped down or lost their posts should not serve as caretakers, with permanent secretaries taking over.

Election Commission: The EC should be solely responsible for scheduling an election date without requiring approval from the PM..