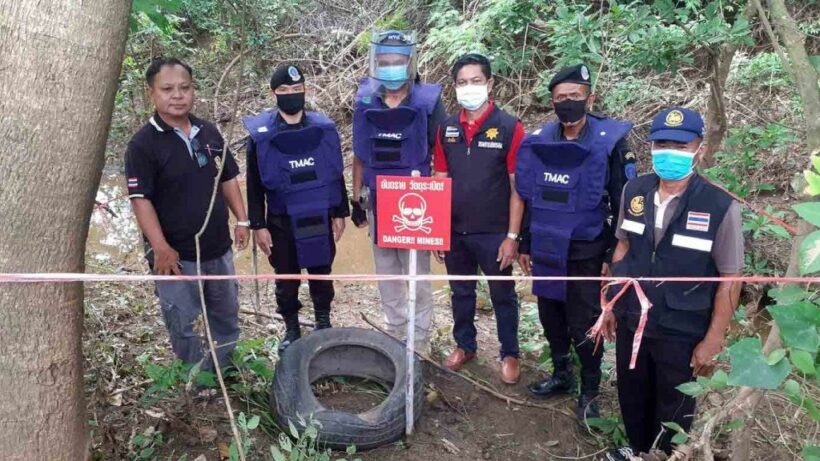 5 unexploded bombs have been discovered in the eastern Thai province of Sa Kaeo, with the devices believed to be relics from the Cambodian civil war in the 1970s. Locals from the village of Tubtim Siam alerted officials after finding the unexploded ordinance in their area.

The Pattaya News reports that the devices included bombs and anti-tank mines. The devices were covered with tyres and safely defused by explosive ordnance disposal police. Meanwhile, the village chief says he believes them to be left over from the Cambodian civil war, adding that this is not the first time the villagers have discovered such relics.

“We now know what to do and whom to report to when we find the bombs. This area is also close to the Cambodia border, so the bombs couldn’t have been from anywhere else. We have to keep an eye out for more devices that have not been found. EOD and military officers also assisted the village residents and are looking for possible areas where further bombs might be buried.”