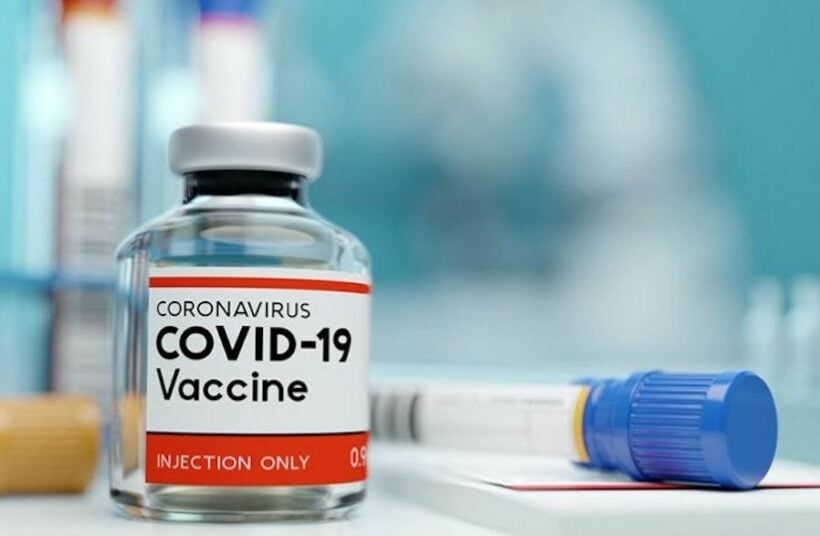 A director from Thailand’s Department of Disease Control says there have been very few cases reported of side effects from Covid-19 vaccines. The director told the Bangkok Post out of the 120 million vaccine doses given so far, only 79 people have had allergic reactions. 43 were from Sinovac, 22 from AstraZeneca, 11 from Pfizer, and three from Sinopharm. Out of 2,081 complaints about people dying from vaccine side effects, only four have been confirmed.

The director said 31 people reported having pericarditis, a condition where tissue around the heart swells. Out of these 31, 29 were vaccinated with Pfizer, one with AstraZeneca, and one with Sinopharm. Out of the 2,081 deaths reported, 177 of them were from severe symptoms like heart disease and haemorrhages. 938 were from infected nervous systems and other conditions. But the underlying causes to these cases can’t be confirmed.

Out of Thailand’s 120 million vaccine doses given, the director said 46.8 million are AstraZeneca, 27.6 million are Pfizer, 26.4 million are Sinovac, 14.7 million are Sinopharm, and 4.3 million are Moderna. PM Prayut urges health officials to move faster in giving vaccines to children 5-11 years old, as Covid-19 infections are rising in this group. From January 1 to February 2, the infection rate for this group was 6.6%.

Jason
It great to see some statistics around this finally. Although there will always be people who think everyone is out to get them.

riclag
As of Dec 2021 927mill bht has been dished out, for side effects. Im willing to go out on the limb and say as of today with the increase in vax perhaps 1-1/4 billion bht . Since they started that…
LoongFred
All I know is that I had no problems with all three jabs. So all well with me. Others have trouble tying their shoes so I imagine covid shots must be pretty hard to take. PompeyLlama
Reading this it's about allergic reactions and not side effects. If it was dealing with side effects too then a lot of people would not report them and others like myself had no way of reporting my side effects. After…
alex12345
.