Today the public health department has announced an additional 18,027 infections and 133 Covid-related deaths from the past 24 hours. 374 of the new cases were found in Thai prisons. 13,402 patients have been released from hospital. Yesterday there were 18,912 new infections announced, a record high. 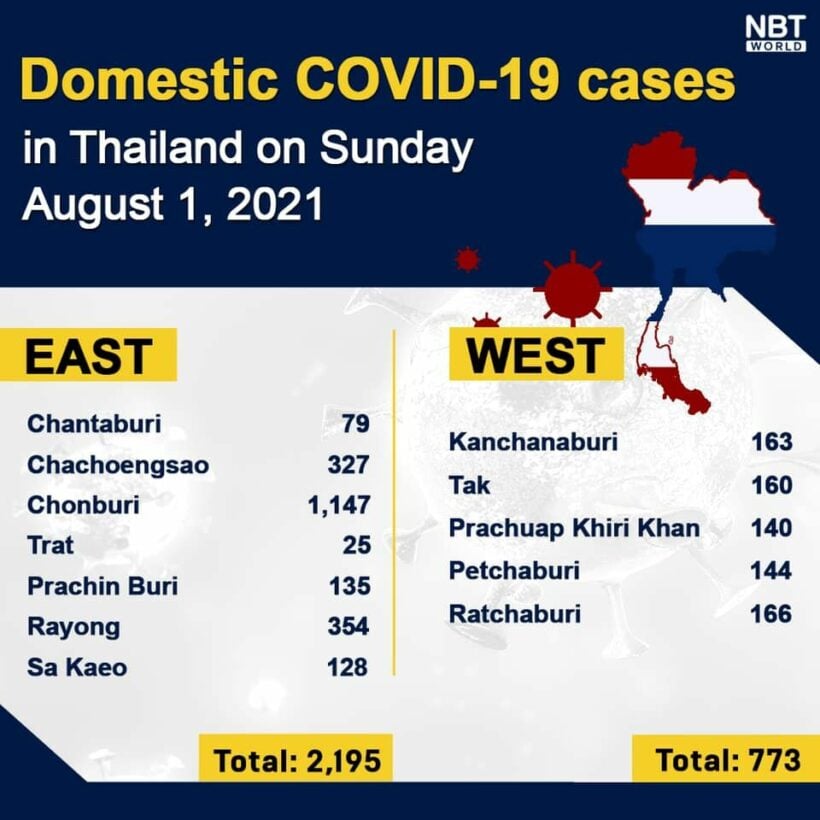 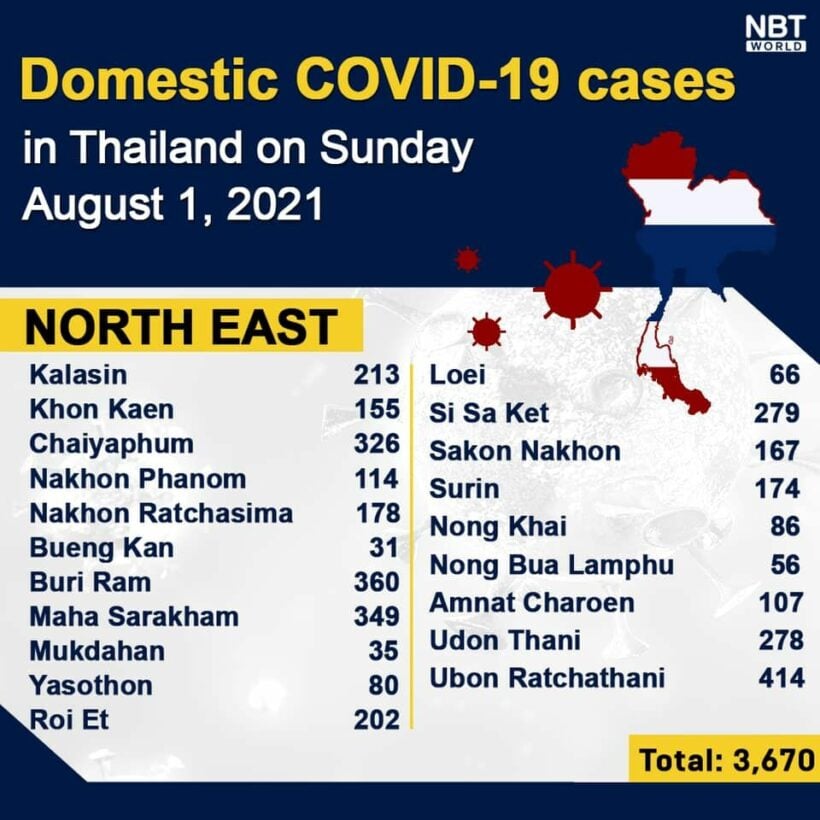 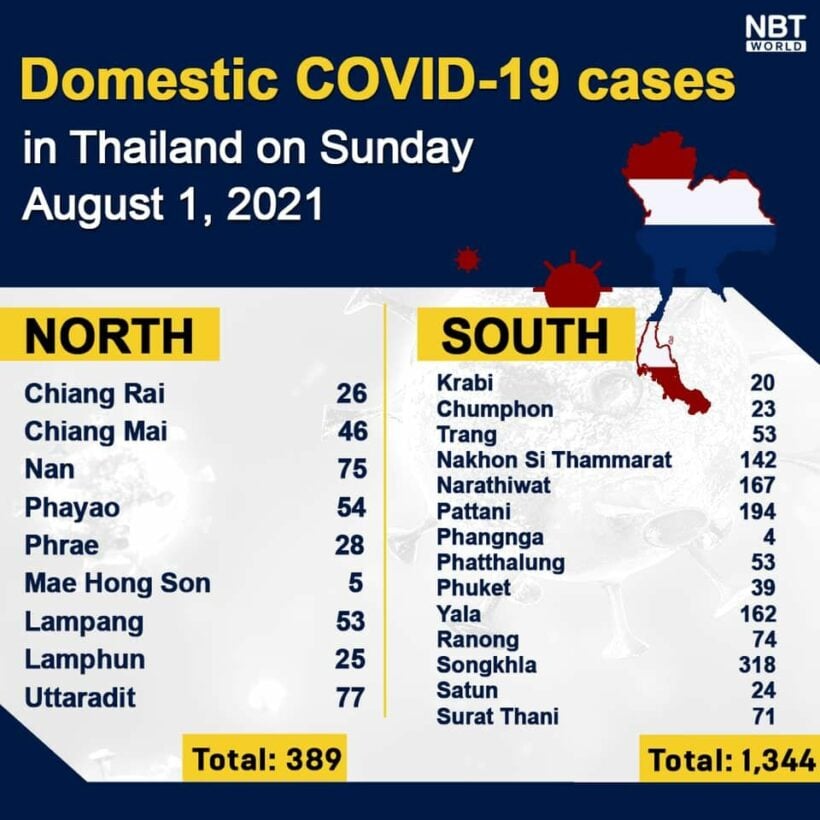 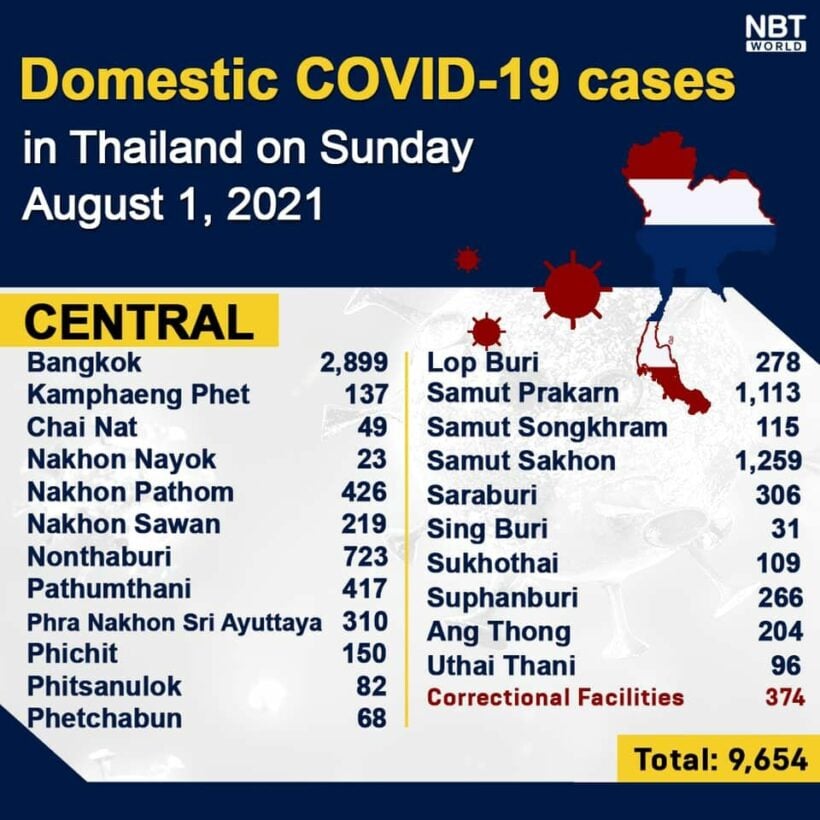 • Provinces on Thailand’s western border have intensified measures to combat the surge in infections as the pandemic in Myanmar continues.

Kanchanaburi’s Covid situation administration centre has issued an order closing places at risk of infection in the Jorakae Phuek sub-district of Dan Makhamtia district, Ban Kao sub-district of Muang district, Sangkhla Buri district, Thong Pha Phum district and Sai Yok district. An 11pm-4am curfew has also been declared in the districts covered by the order, according to the NBT.

• There will be an announcement this afternoon which we predict will extend the current restrictions and curfews in all dark red zones. The details will be announced through thethaiger.com at that time.

• Registration for the FIRST dose of the government’s free roll out of Covid vaccination for foreign residents for all age groups in all provinces starts August 1, at 11 am. Go to expatvac.consular.go.th Good luck with that and please report on your success in registering for the vaccine.

• Phuket officials are insisting that the situation “remains under control”, even as the number of daily cases continues to exceed 35, and that the latest measures will help prevent the arrival of the coronavirus from other provinces. Only 30 cases have been identified from international arrivals since the Sandbox scheme started.
The Phuket governor says the latest prevention efforts are “crucial to ensuring continuity of the Phuket sandbox tourism scheme”.”The measures are part of a new campaign called Save Phuket Sandbox, Save Thailand. Effective curbs will play a key role in Phuket’s efforts to speed up salvaging its tourism-dependent economy.”As of Thursday, 12,599 passengers arrived in the province through the international airport, since the start of the Sandbox on July 1. Around half of those arrivals are considered ‘tourists’ with the other 50% made up of Thai arrivals (1,853) and former expats and travellers wishing to return via the Sandbox option to get back to family and businesses in other parts of the country.• The BMA has begun a vaccination program for Buddhist monks, funeral directors and other temple workers who handle bodies of Covid victims.Bangkok governor Aswin Kwanmuang says temples in 14 districts have been included in the vaccination program so far. The BMA is now aiming to have all monks and workers at the 221 temples in the city vaccinated, as the demand for cremation services surges at this time.The office has ordered temples provide a proper cremation service, even as temples struggle to cope with the growing demand. 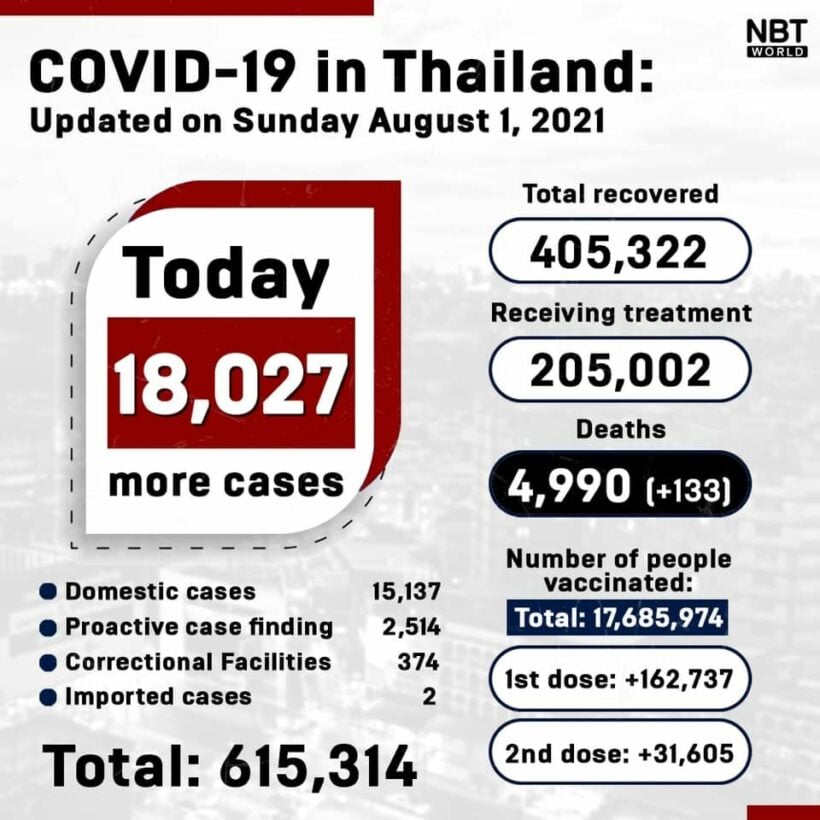 stuhan
I  think this vaccination offer for foreigners is just to get rid of the unwanted sinovac vaccines they have now.?

MrStretch
36 minutes ago, stuhan said: Anyone who had an success email had an appointment date /time yet? My question, as well.  Anyone heard a thing, yet?

AdvocatusDiaboli
On 8/2/2021 at 6:38 AM, AussieBob said: Lets agree to disagree - you can call it CPC as instructed, I will call it CCP as known by us in the west. Chinese Communist Party - Wikipedia Or …. Politics *…

stuhan
40 minutes ago, MrStretch said: My question, as well.  Anyone heard a thing, yet? Another case of wait,wait,wait and maybe you will or maybe you won't,same old story.?