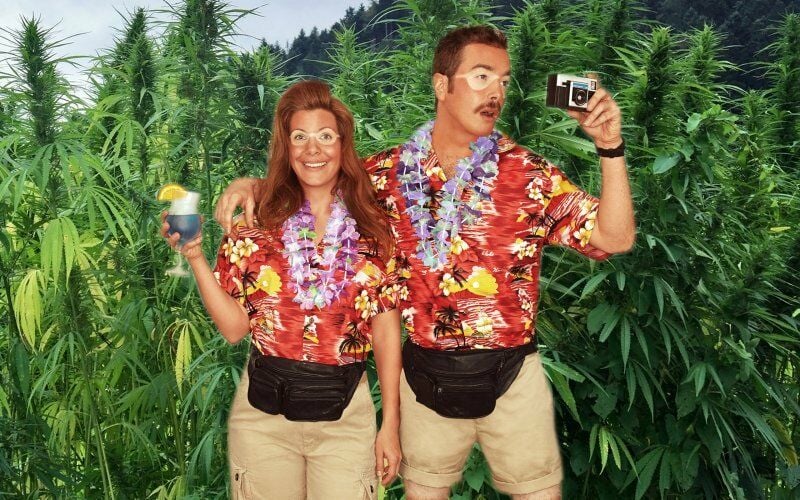 PHOTO: Cannabis tourism maybe be a key to Thailand's recovery. (via Getnugg.com)

Thailand may have an opportunity to help recover its nearly dead tourism economy from an unusual source: cannabis tourism. Thailand is the first Southeast Asian country to legalise many aspects of cannabis – production and importing and exporting for medical use, and recently broader recreational use, with the first cannabis-infused drinks hitting convenience store shelves. This could open the door to a surge in medical and wellness tourism.

Cannabis has already become a huge industry, estimated this year at US$247 million in legal medical use and $424 million from illegal recreational use. It is predicted by 2024, legal Asian cannabis will be a $12.5 billion industry.

Covid-19 has devastated Thailand’s vital tourism industry, with foreign arrivals this year predicted to be just over 1% of the pre-pandemic figures, and cannabis tourism may lure luxury and upper middle class travellers, as well as elderly travellers and those suffering from cannabis-treatable afflictions such as cancer or epilepsy.

The cannabis industry may draw nearby tourists from other Asian countries as well, being the first country in the region to legalise it, though it may not offer as much of a draw from Americans where legalisation is much more widespread. But if Thailand promotes cannabis tourism with certified doctors and clinics as well as cannabis wellness resorts and medical tour packages, the industry could be a huge boon for the country.

Than Global Travel says a pilot program a few years ago attracted older travellers with medical issues, but also business owners looking to get into the cannabis market and millennials excited for the new experience. Their package was a 3-day, 2-night trip for around 9000 baht, but they also just launched a half-day tour in April that was stopped by the third wave of Covid-19.

The tour company plans to focus on medical tourism but also sees potential in factory tours for curious cannabis investors. They see the niche industry blowing up in the next 5 years, with Thailand uniquely poised to be at the forefront as a country already known for tourism and the first to legalise in the region.

But Thailand needs to act quickly to corner the emerging market. A stigma still exists as marijuana is often classified as a narcotic, even though it is not addictive like cigarettes and alcohol. But attitudes are changing, even in Asia, where both Malasia and Laos are making plans and eying the profitable cannabis market. The shifting culture seems to be heading towards legalisation for recreational use, and Thailand needs to start now if it hopes to be Southeast Asia’s premier cannabis tourism destination.