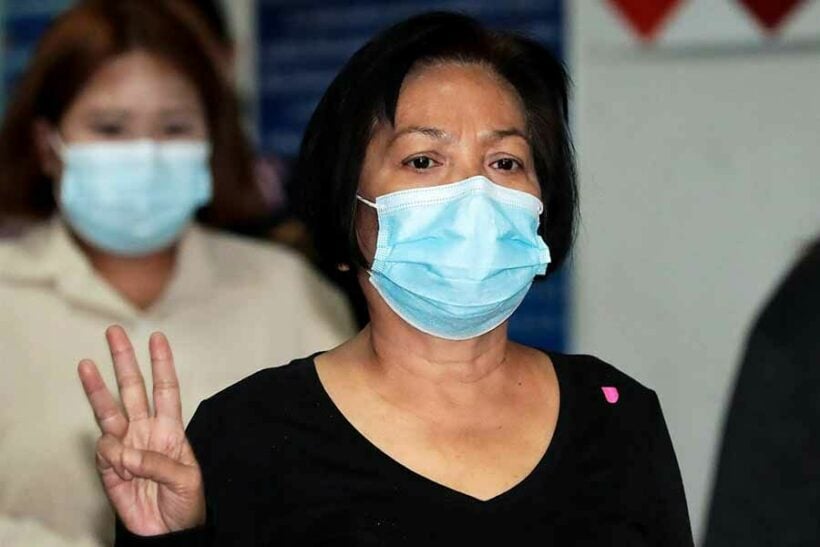 Amnesty International has roundly denounced Thailand’s sentencing of a 65 year old woman to 87 years’ imprisonment for the offence of lèse majesté and violation of the Computer Crimes Act. Nation Thailand reports that the sentencing has also been condemned by Human Rights Watch, who described it as, “a spine-chilling signal that not only criticisms of the monarchy won’t be tolerated but that they will also be severely punished”.

Former civil servant Anchan Preelert was sentenced by the Bangkok criminal court yesterday, with the prison term halved as a result of her guilty plea. She is accused of sharing audio clips that are considered insulting to Thailand’s Monarchy. The country’s lèse majesté law is widely seen as one of the harshest in the world, but yesterday’s ruling still constitutes a new record.

“The fast-rising number of individuals facing charges and being detained under the lèse majesté law demonstrates the Thai authorities’ relentless drive to silence dissent. Today’s extreme sentence is a case in point and shows why this law is inconsistent with international human rights law. Defamation should never incur a criminal conviction in the first place, let alone an extremely long jail sentence like today’s.”

Amnesty International says that, by signing up to the International Covenant on Civil and Political Rights, Thailand has given an undertaking to protect freedom of expression. The UN Human Rights Committee, which is responsible for interpreting the ICCPR, has decried yesterday’s sentencing, saying ““imprisonment is never an appropriate penalty” for lèse majesté offences.

Since anti-government protests kicked off in July 2020, over 220 people, including minors, have been charged for their alleged role in peaceful protests. Dozens have been charged with sedition or lèse majesté offences. Amnesty International says Thailand must amend legislation that goes against the right to freedom of expression.

“The Thai authorities must halt their crackdown on peaceful dissent. The government must repeal or significantly revise legislation which gags freedom of expression both on- and offline, such as the lèse majesté offence and the Computer Crime Act used in today’s verdict.”

Anchan was arrested in January 2015 and held in a military camp for 5 days. She was then transferred to prison, where she was repeatedly denied bail until November 2018. She was charged with 29 offences under the Computer Crimes Act and Section 112 of the Criminal Code, also known as the lèse majesté law. Her sentence is a result of consecutive 3-year sentences for each of the offences.