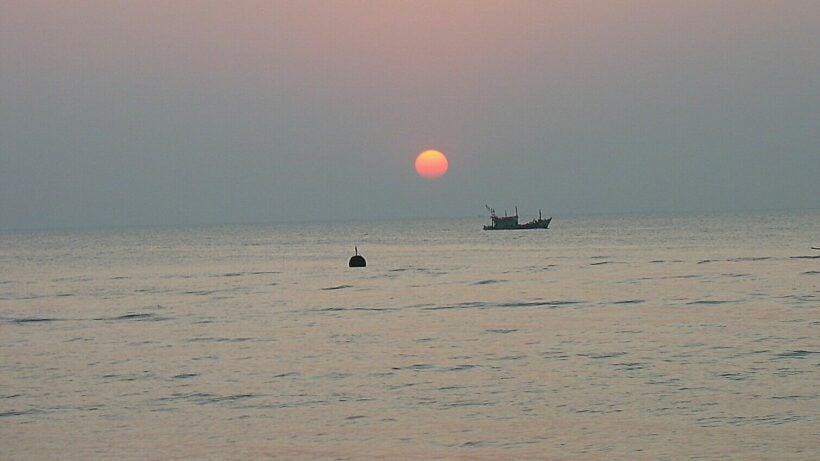 45 Thais that were working in Malaysia have been arrested for illegal entry. Following their arrests, they were deported back to Thailand. 1 of the workers had Covid. The Thai citizens returned earlier this week to the southern Thai province of Songkhla, which borders Malaysia.

Most of the returned citizens are now in quarantine at the Siam Thana Hotel until next Friday. 43 of the Thai nationals worked on fishing boats and were arrested for entering Malaysian territorial waters. Bangkok Post says the other 2 citizens were women but did not say if they also worked on the boats.

While the workers were in quarantine, 1 Thai fisherman tested positive for Covid and was subsequently taken to a hospital for treatment. Hospital officials visited all the quarantined workers today to offer their assistance. They say none of the workers had any money or had a Thai national citizenship card on them. One of the fishermen says he worked on a Thai fishing boat that was seized by Malaysian officials and had been detained for more than a year before they deported him.

Last month, Oxfam called on employers to pay their workers a monthly wage during the Covid pandemic.

AlexPTY
I read the headline and felt sorry for deported. It happens that they were actually a criminals working illegally. Now have free ASQ stay... Priceless..

AdvocatusDiaboli
8 minutes ago, AlexPTY said: I read the headline and felt sorry for deported. It happens that they were actually a criminals working illegally. Now have free ASQ stay... Priceless..  or maybe one of the ASQ prisons that they don’t…

AlexPTY
25 minutes ago, AdvocatusDiaboli said: Wonder if they were vaccinated in Malaysia? LMAO

DoUKnowWhoIAm
"Bangkok Post says the other 2 citizens were women but did not say if they also worked on the boats." Fisher or hooker... Same same, ain't it?

The Good, the bad, the ugly! Mike makes new friends as the Thaiger bites back | September 8