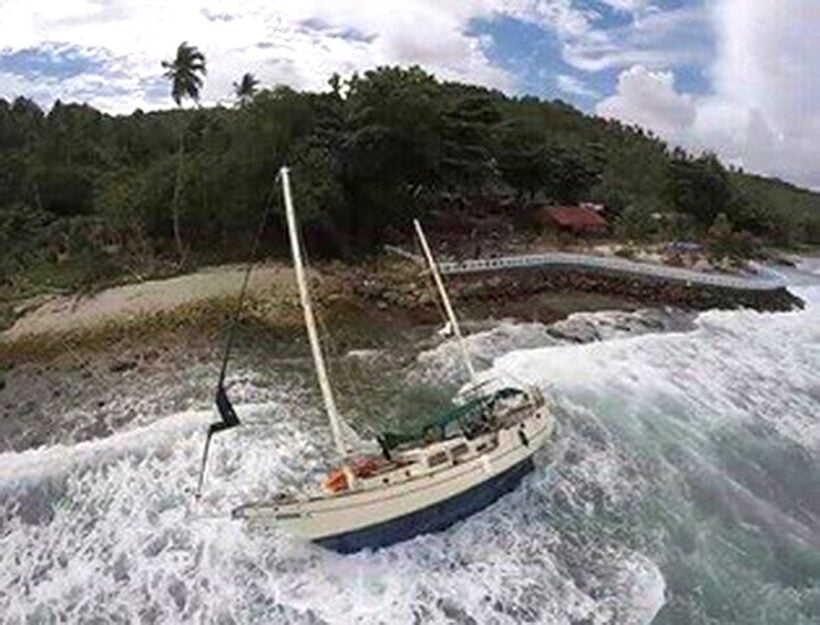 The mystery of the boat beached on an Aceh beach (original post below) has been solved with this message from the man who was aboard the yacht when the decision was made to abandon it…. 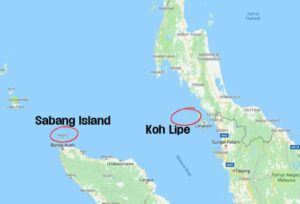 “I sailed ‘Elysion’, a Belgian registered yacht, from Phuket (Thailand) to Langkawi, Malaysia but had to abandon the vessel about 40 nautical miles west from Koh Lipe on 1/1/2018 due to several failures (broken boom, engine failure, broken backstay, etc). I was safely rescued by a passing cargo ship.” 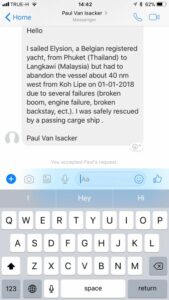 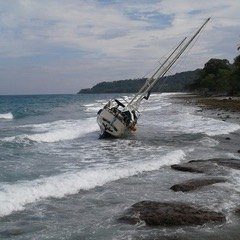 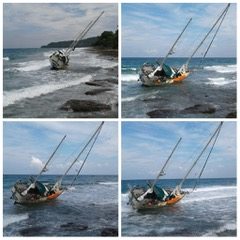 Appears that ‘Elysion Phuket’ has made its way across the Andaman Sea and found a new resting place on an Aceh beach in Indonesia. Do you know the owner?

“Anyone missing a yacht.? Because in my area (weh island, sabang, aceh, indonesia) found a yacht without peoples aground off the beach.

The name of yacht “ELYSION PHUKET” , with a small Thailand country flag hanging on the mast. Here I send a detailed photo of his yacht.