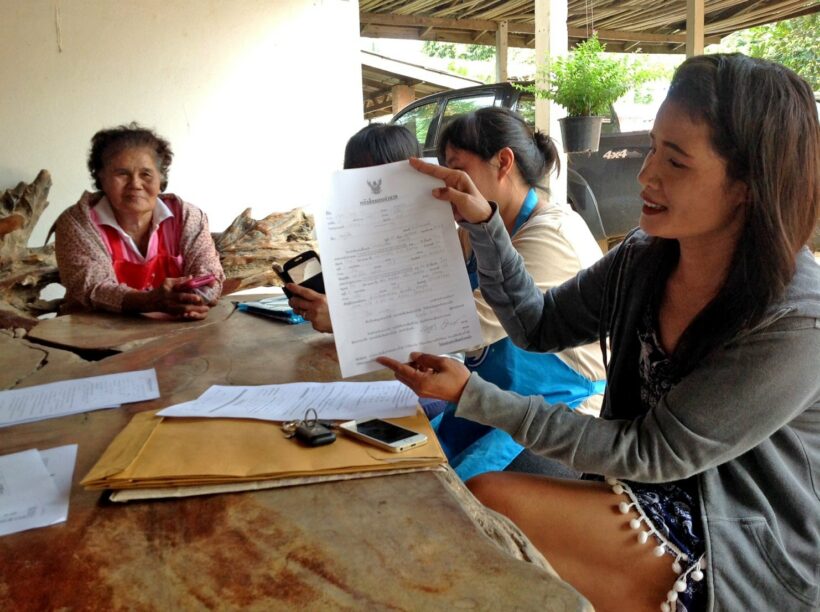 UPDATE on the fake land deeds in Krabi…

The Village Chief, Sucha Wansuk, said that after checking, the land deeds were indeed fake with the name of dead people and fake signatures on them.

“One of the title deeds for 7 rai has the name of the owner as Malem Pankwan, who passed away at least 10 years ago,” said the Village Chief.

“Also, I found the signature and my name on the same title deed as a witness for the contract of sale which doesn’t look like the real signature at all. I have already learned who are the two people doing this and I will report the matter to the police. I also believe that some government officers must be involved in this.”

On November 4, Village Chief of Moo 3, Khaokram subdistrict in Krabi, Sucha Wansuk, received a complaint from the villagers, 67 year old Sompat Sengyong and 46 year old Sumalee Saeho, who say they lost money from the mortgage on about 10 fake title deeds.

“The complainers called me earlier saying that some villagers from my village mortgaged the title deeds to get hundreds of thousands from them and never returned to take the papers back, which is suspicious. After checking the papers, we found many suspicious points that tend to prove they are fake. I already recommended them to report to the police,” said the village chief.

Meanwhile, Sompat said that she accepted the land deeds as the person who wanted to mortgage them was from the same village.

“I have lent that person 300,000 Baht. After that, the person kept quiet and never paid anything. I rechecked the title deeds again and found that they could be fake. However, it looks so real that I think they might work as a group with a land officer involved,” she said.

“I’ll bring the papers to the provincial land office to verify and if they are fake, I’ll report to the police. I heard that there are many other people like me and people who brought the land papers mortgage were from the same group.”

Sumalee also added that one of her land deeds she received from the mortgage is the same as what Sompat has and hers is the real one. 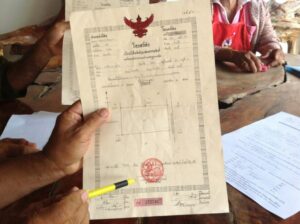 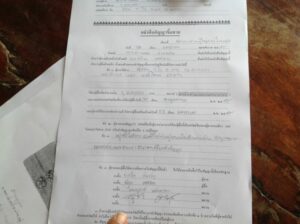