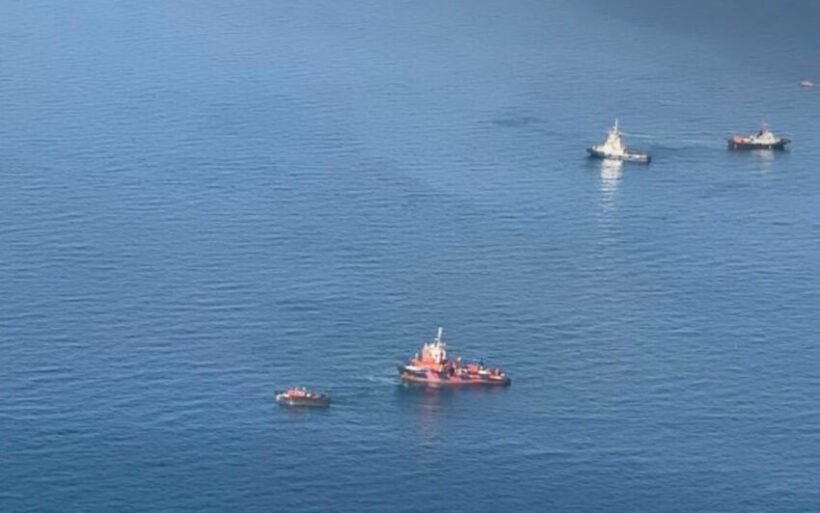 Koh Samet’s fragile tourism sector, already battered by the restrictions caused by the Covid-19 pandemic, now faces another threat from an oil spill heading for the island’s, and nearby, beaches. Sarinthip Tupmongkholsup from the Tourism Association of Koh Samet is reminded of a 2013 oil spill at the island’s Ao Phrao and is desperate to avoid a repeat scenario.

“We do not want a repeat of the terrible spill at Ao Phrao Bay, as locals worked for years to clean it up.”

She goes on to say the beach’s natural resources still haven’t recovered from the 2013 leak and, despite the incident taking place in just one area, the huge amount of crude oil led to poor air quality all over the island and affected tourism demand.

According to a Bangkok Post report, the Pollution Control Department says 180,000 – 200,000 litres of the 400,000 litre spill are headed for Mae Ramphueng Beach and the other beaches in the Khao Laem Ya–Mu Koh Samet Marine National Park. The department says unless something can be done, the oil is scheduled to hit the shore tomorrow afternoon.

Tourism has already been hard hit in the eastern province of Rayong, where Koh Samet is located, but Sarinthip says the oil spill is potentially a bigger threat to tourism than the pandemic. It will mean tourists are unable to swim in the sea and seafood could be contaminated. She is urging the government to do whatever it takes to mitigate the damage.

Efforts are continuing this morning to mitigate the fallout from a crude oil pipeline leak in the waters south of Pattaya, off the coast of Rayong. The leak occurred at a mooring point off the coast where oil tankers load and offload.

About 160,000 litres of oil started floating in the waters off the coast on Tuesday as the company, Star Petroleum Refining tried to stop the oil reaching Rayong beaches.

The Marine and Coastal Resources Department, the navy and other environmental agencies have been called in to mop up the potential environmental disaster.

For Koh Samet, another tourism deterrent is the requirement to present a negative antigen test taken no more than 72 hours prior to arrival. According to recent reports, the rule is causing many tourists to change their travel plans and head elsewhere.

Jason
These treasures need to be protected against these incidents. It begs the question, how did the leak occur? Why were ships travelling that route? Could they be diverted to another route so that environment jewels like this are well away…

ThailandBob
This headline shows just where a lot of peoples' heads are at. How about, "Oil Spill threatens to kill plants and animals on Koh Samet"

Race against time to prevent Rayong oil spill reaching the shore, 3 kilometres away