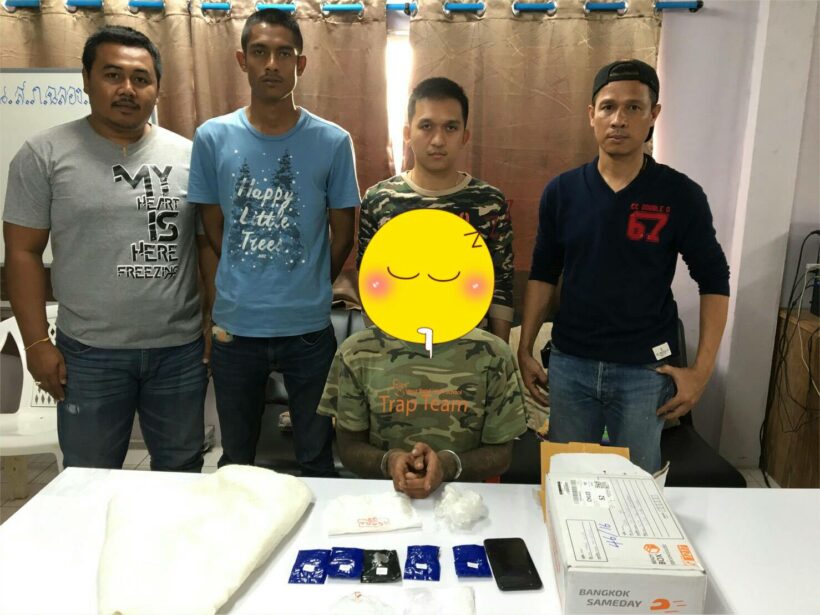 Wiwat was taken to Chalong Police Station where he was charged with possession of Category 1 drug with intent to sell.

The arrest came after police received a tip-off that Wiwat was selling drugs in the area. Wiwat has been working at the tattoo shop.

Police found Wiwat at the tattoo shop with the parcel box with drugs and a dress inside. He admitted that the drugs belonged to him.