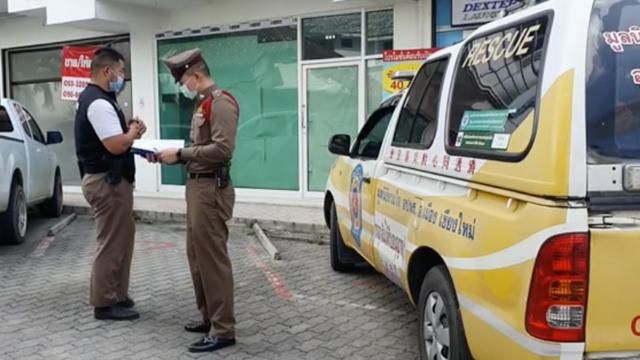 Police are investigating the death of an 85 year old American man who appeared to have fallen out a window of his 7th floor condominium. Officers say they do not suspect foul play and there are no signs of struggle. The man’s wife speculates that her husband may have fainted while cleaning the glass.

Jerry Harris Bunker has lived in Thailand for 10 years and was married to 33 year old Thai woman Praweena Naphom Bunker. Praweena says her husband was good natured and healthy.

Praweena was working in their art studio in a renovated room next door when her husband allegedly fell. Neighbours found Jerry’s body in the back of the complex.

Police say a window was open and the man’s glasses were on a table nearby. They say the man suffered a major head injury from the fall which caused his death.

The man’s body was taken to the Maharaj Nakorn Chiang Mai Hospital for an autopsy. Police are still investigating.