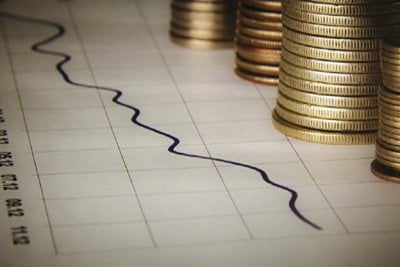 PHUKET: Every once in a while I think it’s good to go back and review the basics. This is especially important in a world where the rate of change keeps increasing. Ever since the financial crisis began we have heard a lot of saber rattling with regards to offshore financial centers, banking secrecy, tax information exchange agreements and so forth.

The good news is that for those who use offshore jurisdictions for legitimate wealth management purposes, nothing has really changed or is likely to in the foreseeable future.

For those laundering money, or living in their home country and evading taxes, the result of recent changes is that it is getting more difficult to avoid being caught, and in my opinion that’s a good thing.

Generally speaking, anyone who’s classified as a non-resident of their home country for tax purposes, aka an expat, is allowed to make investments anywhere they like and pay taxes according the laws of that jurisdiction.

The exceptions are of course Americans, who are taxed on worldwide income, regardless of where they reside, and those who move to jurisdictions which tax on worldwide income. Thailand is not one of these, and as such, many expats here have very legitimate reasons to use offshore centers to manage their wealth.

Certain jurisdictions, such as the Isle of Man, Jersey, and Guernsey for example, have political stability that comes with being part of the UK, while still maintaining a tax free environment for investors. They also have extremely robust investor protection schemes, and as such are very popular with expats all over the world.

The most obvious use of offshore jurisdictions is simple bank accounts. Offshore accounts allow for expats moving from one place to another without having to move their life savings each time. They also often have higher rates of interest than their onshore counterparts, although at the moment this is just the difference between diddly and diddly squat.

Banking secrecy laws also ensure privacy, which is important. Even with most tax information exchange agreements, a government needs to go to a judge in the offshore jurisdiction with pretty solid evidence of involvement in drug dealing, terrorism, or money laundering, in order to get a court order to override the secrecy laws.

Unfortunately, in recent years, this has meant to many people that they lost money with much higher quality fund managers. One’s overall financial position in the long run is almost certainly going to be better off using the kinds of strategies politicians and executives of large corporations are using themselves. This is also a big reason why nothing is likely to ever change, as the people in power who “make” the rules so to speak, are not going to seriously attack the places that house their own money, regardless of what they may say in the press.

The biggest benefit of an offshore center for someone residing in Thailand, is the ability to be globally diversified and not have all of their wealth inside a potentially volatile developing country. I absolutely love it here and hope to gain citizenship sometime in the next few years, but, as a realist, I am well aware of how many coups have happened in the last century. While the currency has appreciated and local markets have done extremely well recently, one needs only look back to 1997 to see why having your money offshore can offer some important protection in the event of a local crisis.

Phuket Investor: Excuse me, what is QE3?