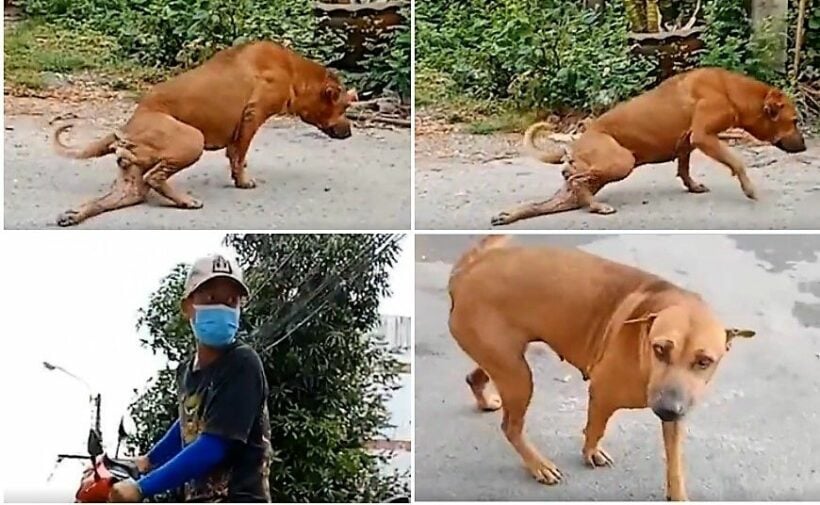 A clever street dog in Bangkok has gone viral on social media, with users joking that he is faking an injury for sympathy and food from passersby.

Known as Gae, the dog drags his back leg behind him as if unable to walk, but once someone stops to give him attention, he’s quickly back on all fours and walking normally.

A video shared on Twitter shows a motorcyclist stopping to help Gae as he drags his leg behind him, only for the dog to immediately jump back on all fours in anticipation of a snack or some attention.

The video of Gae faking it has now gone viral.

Ahahaha, clever dog!
Canny street mutt fakes a broken leg to get attention and food from passers-by in Bangkok pic.twitter.com/4NzMP8hido

One resident who feeds Gae regularly says she has known the dog for years and that he’s always done this.

Insisting the dog has had his legs checked and has been found to be injury-free, she says if there were anything seriously wrong with Gae, people would immediately take him to see a vet.