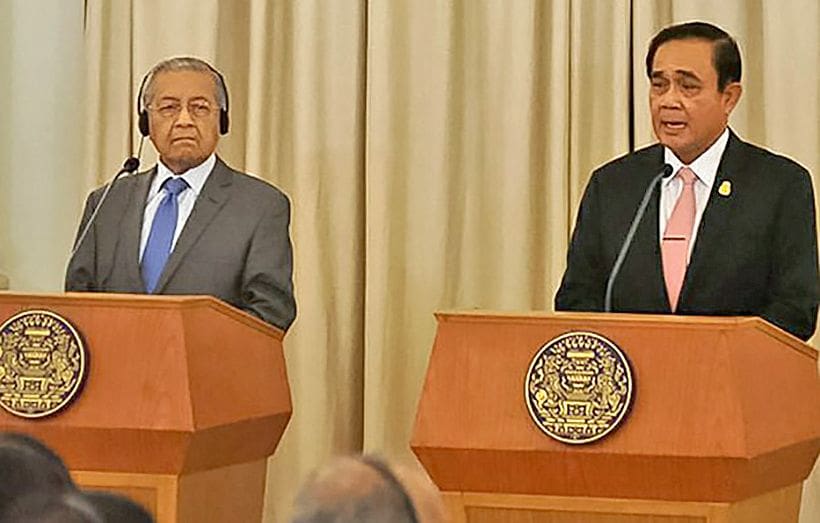 Malaysia and Thailand have agreed to expand the scope of bilateral cooperation to contain an insurgency along their shared border after changing peace negotiators. The two premiers have promised to help solve the conflict.

Thai PM Prayut Chan-o-cha has assured his visiting Malaysian counterpart Mahathir Mohamad that the peace dialogue in the deep South will continue and that Malaysia will continue playing the role of facilitator.

However, Prayut said, the dialogue will only be carried out within the framework of Thailand’s Constitution.

The two Prime Ministers met at Government House and the main talking point of the meeting was the violence-wracked deep South. Malaysia recently appointed its former national police chief, Abdul Rahim Noor, as facilitator, while the Thai side has chosen former Fourth Army Region Commander Udomchai Thamsarorat to lead negotiations with MARA Patani.

Violence has rocked the predominantly Muslim region since early 2004 claiming over 7,000 lives so far, and dialogue with insurgent groups, initiated since 2013, has yielded no significant results.

“Now, you have the problem in the south and we are pledged to help in whatever way possible to end this violence,” – Malaysian PM Mahathir Mohamad

Prayut said that though the situation in the South was an internal matter, cooperation from Malaysia and other countries in the region would make resolving it easier. He added that the discussion with Mahathir showed that both sides understand each other’s concerns and limitations.

Apart from cooperating in relation to the South, Prayut said the two countries will also work together on other issues, such as border security, economic development, measures to tackle broader security issues, particularly in countering terrorism, extremism and transnational crimes such as trafficking in drugs and humans.

Mahathir recalled the two neighbours’ history of strong cooperation, saying, “When Malaysia was facing the issue of terrorism before, Thailand helped in many ways to put an end to those activities.

“We are grateful to the Thai government and the Thai people.”

As for violence in the South, Mahathir pledged to do what is needed to help end it.

“I’m sure when the two countries sincerely work together to solve a problem, the problem will be (alleviated) if not ended altogether,” Mahathir said.

The two premiers also discussed trade and other means of cooperation within Asean.

However, he admitted that human-trafficking was one of the problems at the southern border.

“More attention should be paid to this so the smuggling of goods and humans cannot happen,” he said.

“We are very concerned about human trafficking. It has to stop. We will take action to stop the exploitation of Malaysia and Thailand (as transit points) to go to other places.” 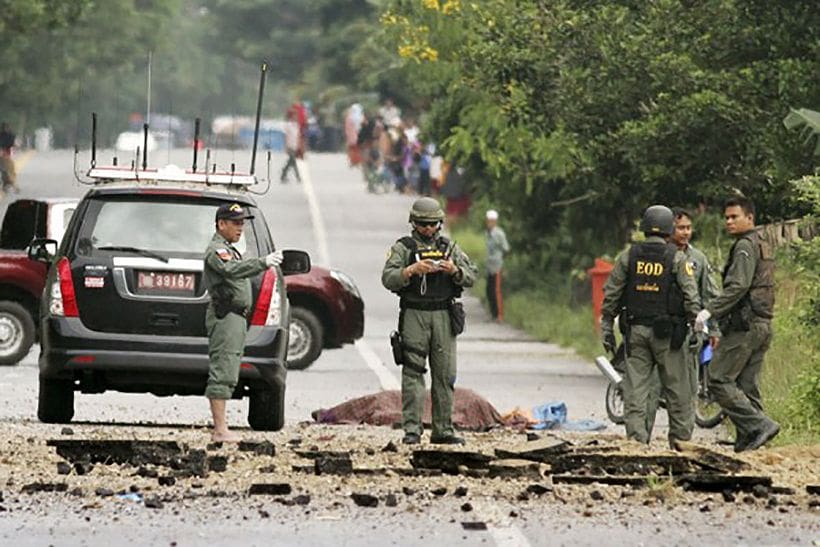