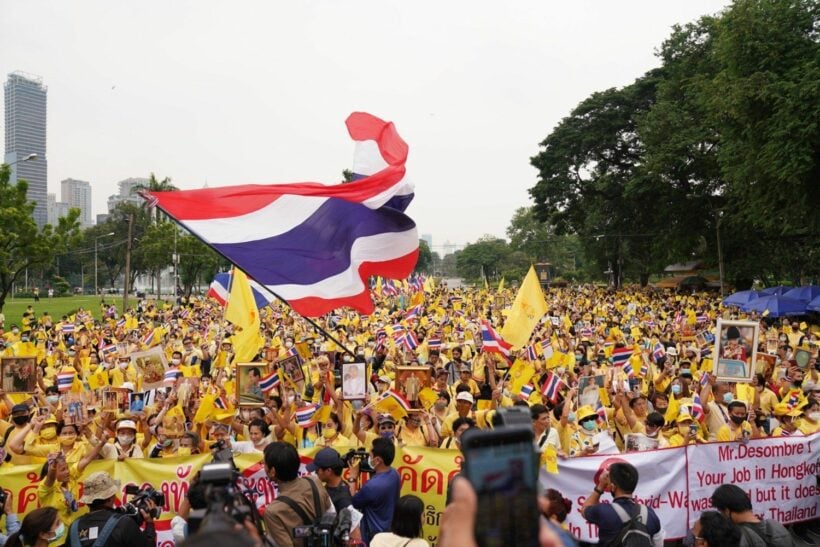 Bangkok’s Lumpini Park was crowded with royalists yesterday afternoon after gathering to show their support and respect for the institution of the Thai Monarchy. The gathering is in response to a series of pro-democracy protests over the past 2 weeks, specifically, and the the last 3 months more generally, calling on government reform and questioning the role of His Majesty the King’s political activities during his time in Germany.

Royalists massed to show their respect for the Thai Monarchy, all dressed in yellow, the colour that symbolises the royal institution. Some held photos of the royal family including Rama IX and Rama X. They shouted “We love the King. Long Live the King.”

A smaller group of royalists gathered in the morning outside the United States Embassy in Bangkok and called on the American government to end a so-called hybrid war, accusing them of “interfering” with Thai politics and internal affairs.

The royalists also plan to rally outside the French Embassy and the Japanese Embassy, countries they say are also subverting the Thai Monarchy, without any specific evidence.