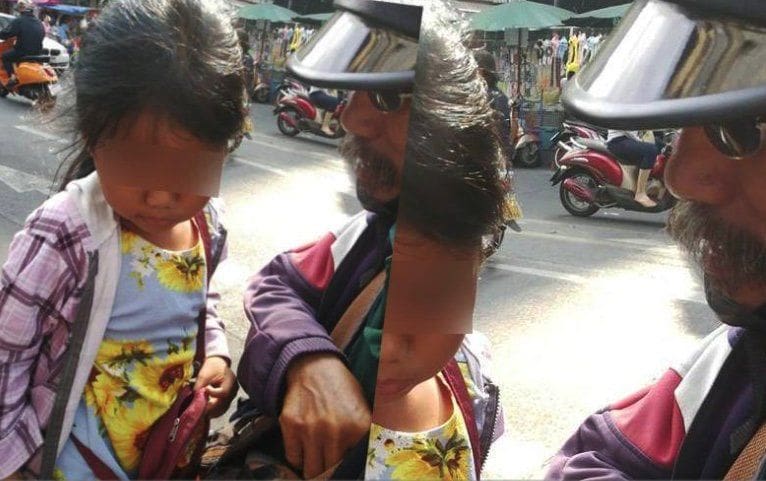 The story of a motorcycle taxi driver who says his wife kicked him and their daughter out of the house has gone viral in local social media.

He says he had paid the mortgage for eight years but the house was in her name and she now had another man. So he left with his eight year old daughter who he loves dearly to start a new life.

The story broke, according to Daily News, after a woman called Nuanjan Panyasapsin hired the motorcycle taxi drive on an App for a journey from Sathorn to Sampeng in Bangkok.

54 year old Somchart Thammathino told the story to his passenger as his daughter sat in front of him on the journey through the Bangkok traffic. The man told her that his daughter goes everywhere with him traveling between 100-200 kilometres a day on the bike when she’s on holidays.

Daily News met up with Somchart who confirmed the story saying people didn’t seem to mind having another passenger going along for the ride.

He says he is determined invest money each week for his daughter’s future and will do everything he can for her.