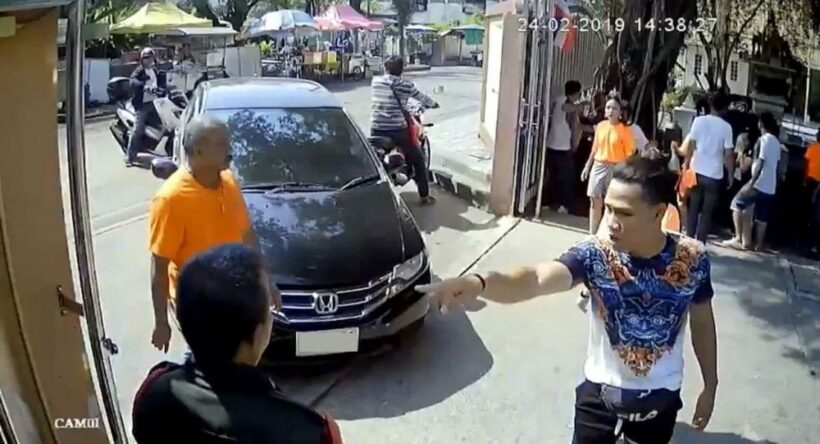 “The monk, Phra Monthien, said he was so horrified when he heard about what had happened.”

A dozen or so students, interrupted when a Bangkok school was attacked on Sunday by a group of 50 angry men running a rowdy ordination next door, will be given a chance to resit the important examination they were taking at the time.

The men stormed into Wat Singh secondary school and assaulted security guards, executives and teachers after being told to lower music they were playing to celebrate a monk ordination ceremony at the adjacent Wat Singh Temple in Chomthong district.

The students, who come from various high schools in Bangkok, were taking their General Aptitude Test and Professional Aptitude Test, commonly known as GAT-PAT, when the men raided the building.

Some of the men stormed into examination rooms, resulting in the testing having to be suspended for quite some time.

When the calm finally returned, exam organisers added extra time for the students to finish but 12 of the 248 students, caught up in some of the abuse and disruption, weren’t able to continue as some of them had been physically injured during the attack. Others were still in shock.

Asst Professor Sirida Burachat, director of the National Institute of Educational Testing Service (NIETS), said a re-examination would be held at the same school on March 5, from 1-4pm. Those who were able to finish have the option of re-sitting the exam, Sirida said, but they must notify NIETS by Thursday if they wished to do so.

Meanwhile, a monk and his mother tearfully apologised yesterday after hearing that the attack had been carried out by his friends and revellers who had been attending his ordination ceremony. The monk, Phra Monthien, said he was so horrified when he heard about what had happened he actually considered leaving the monkhood.

“My family and I are apologetic to everyone affected by the incident,” he said in an interview with a news program this morning, during which he was seen using his robes to wipe his tears.

“We didn’t know anything about what had happened.”

Phra Monthien said that the incident took place while he was inside the Ubosot of Wat Sing Temple and he only heard about the incident after the ceremony ended.

“When I heard about the incident, I wanted to leave the monkhood. I want to tell all my friends who were involved in the incident to surrender to police,” the monk said.

The chaotic scenes were recorded and later shared widely after being posted on several social media platforms.

When the ordination ceremony started at the temple, loud music was played through speakers even though hundreds of students were sitting their GAT-PAT tests nearby. Exam organisers rushed to the temple and told those involved to lower the volume, explaining that it would interfere with the examination.

A total of 15 people were injured during the incident. A student told police that one of the attackers distressed a female student by kissing her on the cheek. They also allegedly damaged school property while some others shouted out: “If my brother doesn’t get ordained, you don’t get to do exams.” 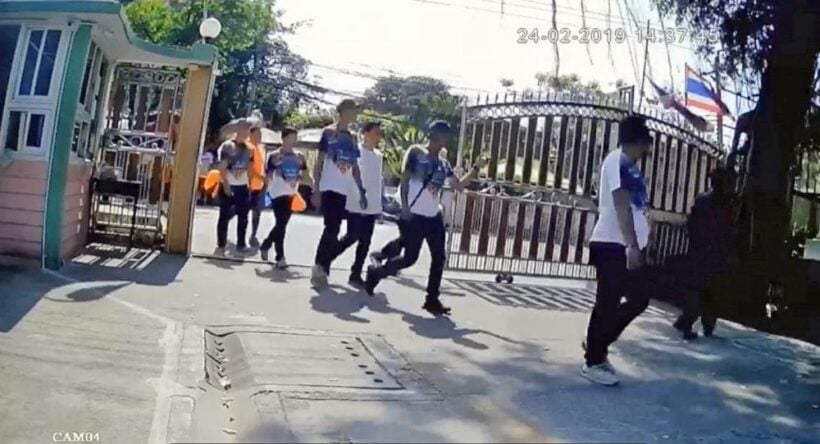 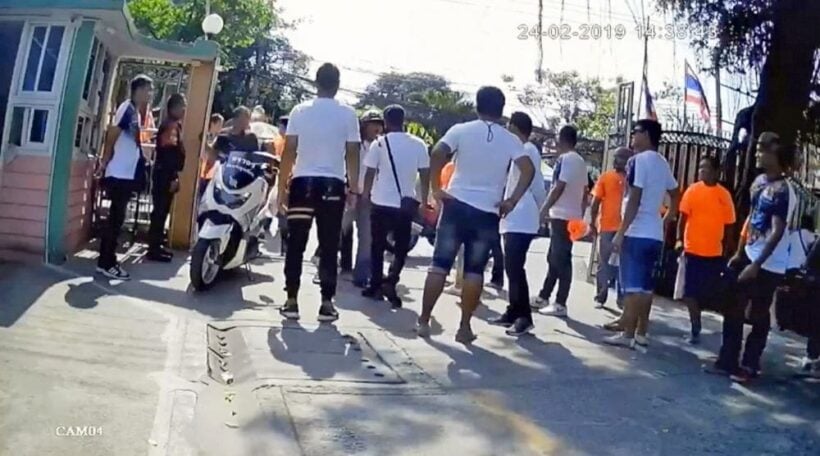 The Bangkok Metropolitan Administration says it is speeding up mass Covid-19 testing and inoculations in communities hit strongly by the virus, after admitting the virus is spreading fast in Thailand’s capital.

The city clerk says the administration, along with the Public Health Ministry and other agencies, are speeding up the collection of nasal swabs for Covid-19 tests, with a plan to test 3,000 people in high-risk groups per day. Those people deemed to be at an increased risk of the virus have been clustered by districts, with testing units in each of the 6 districts…

The virus has been found in densely populated, low-income areas such as the Klong Toey community in Klong Toey district, Bon Kai community in Pathumwan district and Ban Khing community and The Mall Bangkae in Bang Kae district. In an effort to help those residents stay at home to prevent the possible spreading of the coronavirus, community-level organisations are teaming up to provide food, water, and supplements to those in the areas.

But stay at home orders are a problem for many as starvation is more frightening than the virus and 90% of residents in the slum communities still need to leave for work each day to keep food on the table. The daily average income for those in the slums is around 120 to 150 baht. The CCSA yesterday declared that is is focusing on containing major Covid clusters in 3 key Bangkok communities – the Klong Toey ‘slums’, Bon Kai in Pathumwan and Ban Khing in the Bang Kae district, on the west side of the Chao Phraya.

The Friday report, compiling the regional totals from Thursday, indicates that has been 27 new Covid-related deaths and 2,044 new Covid-19 infections in the past 24 hours. The numbers continue a statistically consistent rise in the number of Covid infections over the past 2 weeks.

The CCSA yesterday declared that is is focusing on containing major Covid clusters in 3 key Bangkok communities – the Klong Toey ‘slums’, Bon Kai in Pathumwan and Ban Khing in the Bang Kae district, on the west side of the Chao Phraya.

He also disclosed that the government are planning to set a levy of 300 baht to be collected from foreign tourists starting from January 2020 “to set up a tourism fund for emergency use”. Speaking to Bangkok Post…

“Once the spread is under control, the government will resume travel bubble discussions with Singapore, Hong Kong, Vietnam, Laos and Malaysia.”